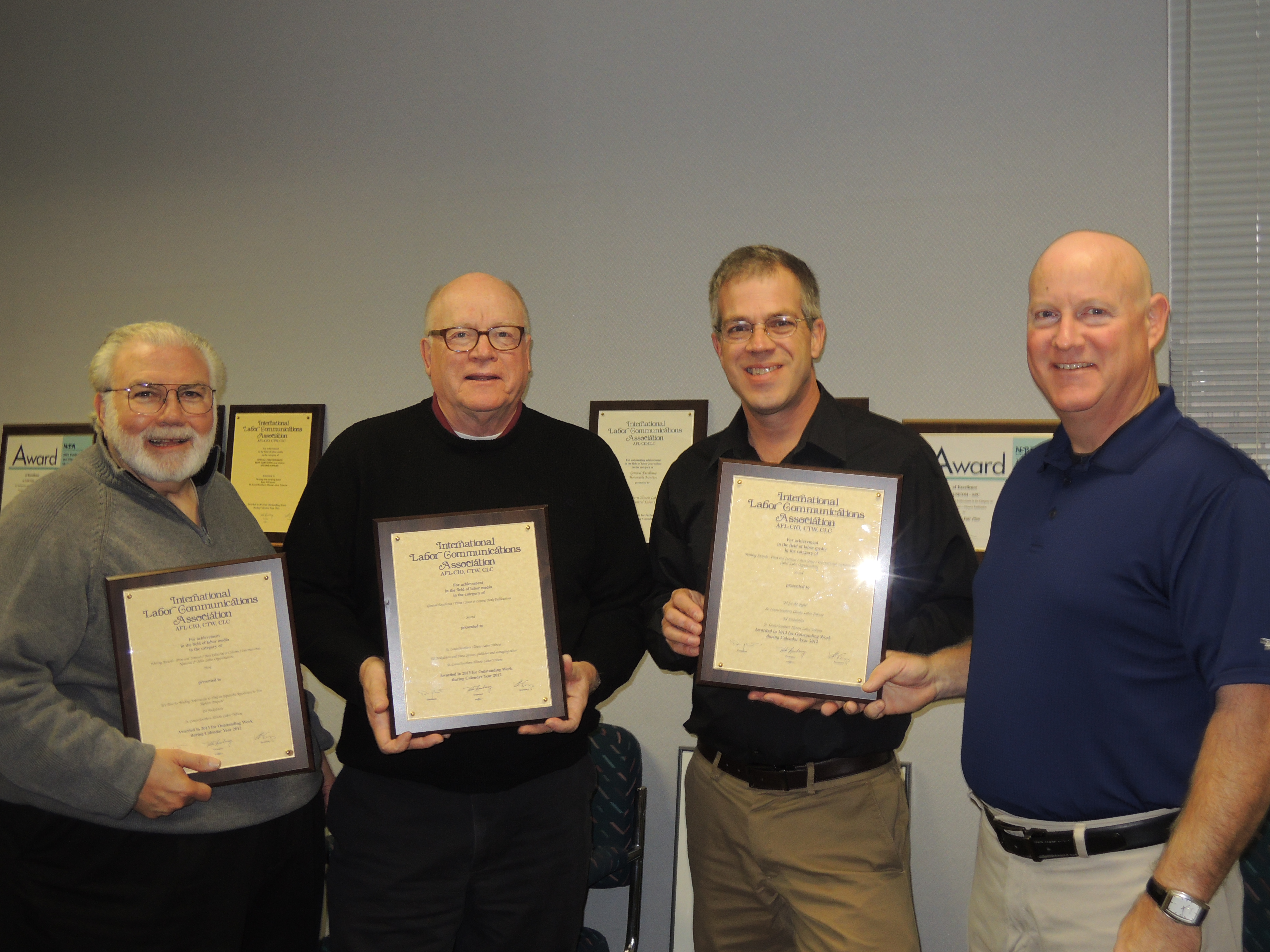 Once again, the Labor Tribune has been recognized by its peers for our progressive, aggressive coverage of local, state and national labor news by the International Labor Communications Association (ILCA), the labor press arm of the AFL-CIO. Presenting the awards for the 2011 news year is ILCA Vice President and Treasurer Mike Henneberry (at right), communications director for UFCW Local 5 in Northern California, to (from left) Publisher Ed Finkelstein, Managing Editor Dana Spitzer and Associate Editor Tim Rowden. The awards:

Best Series, 2nd Place for our ongoing support and promotion for $5 for the Fight.

There were 720 entries in the competition in several dozen categories. “This is an entire team effort by every member of this proud staff,” Finkelstein said, praising the entire staff’s teamwork and journalistic excellence that keeps the paper winning national awards year after year. Henneberry was in St. Louis to turn over the treasurer’s task and files to Finkelstein who was elected treasurer at the recent ILCA convention.