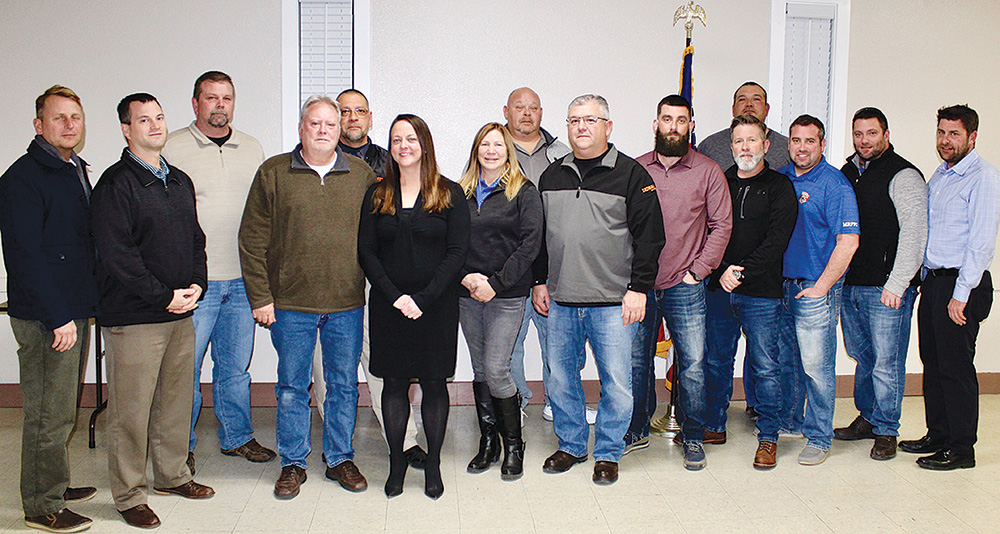 Swansea, IL – The 12 Counties Southwestern Illinois Laborers’ District Council voted unanimously to endorse Crystal Uhe for Madison County state’s attorney. Uhe (sixth from left in black next to Council Business Manager Glyn Ramage to her right) is first assistant state’s attorney under State’s Attorney Tom Gibbons, who is now running for circuit judge. Uhe said the opportunity for her to run came late in the filing period, and the Laborers worked hard to round up the 380 signatures she needed to get on the ballot, bringing in 2,000 signatures in a week. “You guys really showed up,” she said. “You did it.” Ramage said Uhe will make working families a top priority if elected. “I think she’s a great woman and a great candidate,” he said. – Labor Tribune photo