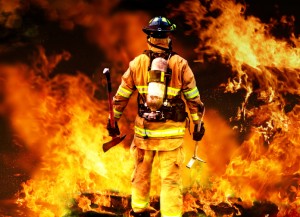 St. Louis – In their efforts to balance the city’s budget on the backs of public employee pension funds, most notably the fire fighters and police officers, the City of St. Louis has, to date, spent over $500,000 in outside legal and actuarial fees with some of the area’s most prestigious (and expensive) law firms and actuary consultants. In addition to these fees, the fights have cost taxpayers millions of dollars – and the City has lost every case.

In several cases, the issue went all the way to the Missouri Supreme Court and by unanimous decisions, the court ruled in favor of the Fire Fighters Retirement System (FRS) each time.

Fire fighters are struggling to maintain their pension benefits because they are not eligible for Social Security and upon retirement, have no health care benefits. Thus their pensions are all they have to survive.

A review of records and interviews with persons involved makes it clear that in these difficult financial times, which no one denies, the City is trying to renege on legal commitments made to the fire fighters (and other public employees) who took improved pension benefits to be paid later in place of taking salary increases now. For example, fire fighters have not sought a pay increase since 2008.

The City’s first effort to control the fire fighter’s pension fund was in the courts. There were three attempts by the City. All three failed.

With vacancies open for staff to run the FRS, the City argued that these four jobs were city employees; therefore it was the personnel director’s right under civil service to hire and establish job qualifications for the pension fund’s staff jobs. The fund’s trustees argued that there was nothing in the state statutes that allowed that and the workers were fund employees, not city employees. The City sued. It went all the way to the Supreme Court.

The case established the fact that the FRS is separate from the City and NOT under City control and that the trustees have the responsibility to manage the fund on behalf of fire fighters, retired fire fighters and the children of deceased fire fighter, NOT for the fiscal benefit of the City. The city loses.

• Case 2 - 2000. The issue: does the Civil Service Commission (CSC) have to make recommendations before the Board of Aldermen can act on improving a pension benefit?

In 1998, the Board of Aldermen passed a pay provision ordinance that all city employees, including fire fighters, could receive a lump sum payment for unused sick leave when they retired. It was not a pension retirement benefit for fire fighters since it had not been pre-authorized by Jefferson City statute, but rather was a pay benefit.

Bruce Williams, a former president of Fire Fighters Local 73 and a 25-year veteran trustee on the FRS, provided an interesting insight into this issue to make the point that fire fighters have tried to be reasonable with the City for a long time.

During the debate over this unused sick leave issue, Williams said, the City estimated the cost of the payback at about $300,000 per year to cover all City employees, including fire fighters. However, fire fighters testified before the CSC and the Board of Aldermen’s Public Employee Committee that the real cost would be closer to $1 million a year just for fighters! Despite knowing the true costs, both groups sent the pay ordinance to the full Board of Aldermen, which passed it.

“We had concerns that this was really meant for the higher ups, not necessarily the rank and file city employees as it was a pay ordinance, not a retirement benefit,” Williams added. To ensure the rank and file fire fighters could have the same benefit, in 1999 the fire fighters got the pay ordinance provisions authorized in Jefferson City as part of their pension plan benefits. The City then passed the appropriate ordinance making it a pension issue.

In an attempt to kill the accumulated sick leave issue for the fire fighters, the CSC filed suit on the basis that the commission had not first authorized the benefit.

At the trial level, the City wins. However, the FRS appeals and ultimately a decision by the Missouri Supreme Court upholds the FRS. The City loses.

• Case 3 – 2003. The issue: can the City deliberately underfund its pension plans?

Prior to 2004 – 2007, the City met its fiscal obligations to the Firemen’s Retirement System of St. Louis (FRS) as well as the police and other employees pension plans. Beginning in 2004, the City made the decision to intentionally underfund all three pension plans.

2003, the FRS files suit to recoup its funding. After an extensive trial, the Circuit Court judge ruled in the FRS favor. The City loses.

2006, the City appeals. The three-judge Court of Appeals upholds trial judge and forwards the case to the Missouri Supreme Court. The City loses.

2007, unanimous decision of the seven judges of the Missouri Supreme Court upholds the Court of Appeals and the Circuit Court decisions. The City loses.

A total of 11 judges have now heard the case, and all have agreed that the City’s arguments were baseless and that the payments to all three pension funds were due.

This case - Neske v. City of St. Louis- is historic in that it not only impacts the St. Louis fire fighters pension plan, it establishes the fact that municipalities are liable for fully funding their employees’ pension plans.

The Missouri Supreme Court noted: while a government has to make difficult budgeting choices because of financial constraints, they cannot short change public pension funds and allot that money for other needs.

In order to meet the court’s decision to fulfill its legal obligation to the pension funds of fire fighters, police and city employees, the City placed a half-cent Public Safety sales tax on the Feb. 2008 ballot. It passed, raising $18 million a year to hire more police officers, provide police and fire fighters with a modest pay raise, and help fund police and fire pensions.

City taxpayers will be spending millions that could have been avoided had the pension funds been properly funded in the first place, Williams noted.

“It’s obvious that since the City keeps losing on legal grounds, someone has decided that they need to get control of the fund in some other manner,” an individual close to the issue pointed out to the Labor Tribune.

Now that the City’s efforts to totally control the FRS has failed on legal grounds, they have opened a new line of assault: earlier this month in the Board of Aldermen introduced two new bills to kill the current system, replace it with a new pension system with far fewer benefits.

The City has authorized another $250,000 for fees to the law firm of Thompson Coburn to draw up a new strategy and draft the new legislation now being considered by the Board of Aldermen as a way of circumventing state law.

One of the more onerous changes proposed in the new laws would prohibit the FRS from suing the City. The FRS lawsuits were filed in the past in order to protect the integrity of the pension plan and ensure the trustees fulfill their fiduciary responsibilities to retirees as required by the 1990 Supreme Court ruling.

“I guess the Mayor doesn’t want any oversight,” Local 73 President Chris Molitor said. “He doesn’t  want checks and balances, so that he can do what he wants to us and crush the FRS by not allowing it to fulfill its duties and responsibilities. This is like putting the fox in charge of the hen house.  Who would agree to that?”

Additionally, among the many other changes, the proposed ordinances would cut pension benefits for current and future retirees.

Since the City obviously has had no legal grounds to win in the courts, they now want to strip the pension trustees of their legal right to sue.

The new legislation – Board Bills 11 and 12 - are designed to bring the pension fund’s employees and trustees totally under the City’s control.

The FRS has already authorized a fourth lawsuit should this pass the Board of Aldermen.