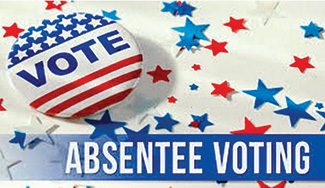 Jefferson City – Republican Secretary of State Jay Ashcroft objected to it, but Missouri legislators have approved a plan to expand mail-in voting options during the global COVID-19 pandemic.

In a last-minute compromise, the General Assembly sent legislation to the governor that would enable more Missouri voters to avoid crowded polling places due to COVID-19 and instead vote by either absentee or mail-in ballot during the 2020 election cycle. The Senate passed the bill 25-5 on May 15, with the House of Representatives sealing the deal on a vote of 121-24 later that day.

MAIL-IN BALLOTS MUST BE NOTARIZED
Senate Bill 631 would authorize registered voters age 65 or over, or those of any age who have a medical condition that makes them especially vulnerable to COVID-19, to cast an absentee ballot. The bill also creates a vote-by-mail process for all other Missouri voters. Unlike with absentee ballots, however, mail-in ballots would first have to be notarized.

Ashcroft, who has dismissed concerns that COVID-19 creates risks for voters, issued a statement opposing SB 631, which applies only to the upcoming 2020 elections. “No bill at all is better than passing a bad bill with permanent consequences,” Ashcroft said.

If Gov. Mike Parson, also a Republican, signs the bill into law, the expanded absentee voting and vote-by-mail provisions would take effect in time for the Aug. 4 primary elections.

Under the legislation, voters can use the illness excuse if they are 65 or older or live in a nursing home. They also qualify if they have chronic lung disease, moderate to severe asthma, heart conditions, diabetes, kidney disease, liver disease or if their immune systems are compromised.

People who don’t qualify for one of the excuses can still use a mail-in ballot, but only if their ballots include the electronic or physical signature of a notary.

“In Missouri, you’re only allowed to vote absentee if you’re out of town or ill,” White told an online Zoom meeting with Labor Council delegates on May 19. “With the coronavirus, you will be able to vote absentee, but it will have to be notarized if you’re under 65.”

Republican efforts to reinstate a photo voter identification requirement, which the Missouri Supreme Court has twice ruled unconstitutional, fell short during the final days of the 2020 legislative session. As a result, voters will continue to be able to use other forms of ID during the 2020 election cycle, just as they always have.