Jefferson City – The Executive Board of the Missouri AFL-CIO, the state’s leading voice for working families, has elected Jake Hummel as its next president and Merri Berry as its next secretary-treasurer.

Hummel was elected Tuesday, May 19, 2020 by a unanimous vote of the Executive Board to replace out-going President Mike Louis who is retiring on June 30, 2020.

Hummel is an IBEW Local 1 electrician, who previously served as a Democratic Missouri state senator, Democratic Floor Leader in the Missouri House of Representatives and president of the St. Louis City Labor Club.

Berry, who currently serves as the Missouri AFL-CIO’s political director, is the first woman elected as a state-level officer in the organization’s history. Berry is a 40-year member of United Food and Commercial Workers Local 655, and previously served as Local 655’s organizing and political director.

Their election drew immediate praise from across the state. “Hummel and Berry will represent all working men and women with class and integrity,” praised St. Louis Labor Council President Pat White.

READY TO LEAD LABOR
“Together Jake and Merri are ready to lead Labor into an exciting new chapter. We have a lot of challenges in Missouri, but Hummel and Berry are up to the task. I am confident that with their leadership, the Missouri AFL-CIO will continue to be a strong voice for working families in our state,” stated Kansas City Labor Council President Pat Dujakovich.

Hummel and Berry along with Missouri AFL-CIO Vice-President Reggie Thomas of Laborers’ Local 264, who is continuing his four-year elected term, will serve as the three elected officers of the Missouri AFL-CIO.

“I am truly humbled by the outpouring of support I have received,” Hummel wrote in a Facebook post. “I look forward to leading the fight to help elevate the lives and working conditions of Missouri’s working women and men.”

LOUIS RETIRING JUNE 30
Louis has led the Missouri AFL-CIO since 2014, seeing the state’s union workers through the greatest challenge they have faced since the 1970s –– overturning Missouri’s so-called “right-to-work” law with the defeat of Proposition A in 2018 with an overwhelming 67 percent of the popular vote.

A union machinist with the International Association of Machinists and Aerospace Workers District 9, President Louis previously served as the Missouri AFL-CIO’s secretary-treasurer.

Under his tenure, Missouri’s Labor union membership grew by 46,000 members in 2019, bucking national trends and growing the number of union members in Show-Me state to 297,000 – the highest in 15 years.

“President Louis has been a true advocate for Missouri Labor,” Hummel said. “While he’s earned his retirement, he will be greatly missed.”

Due to the Covid-19 virus and the St. Louis County Stay at Home Order, the Missouri AFL-CIO’s retirement party for President Louis, which had originally planned June 24, 2020, has been postponed. 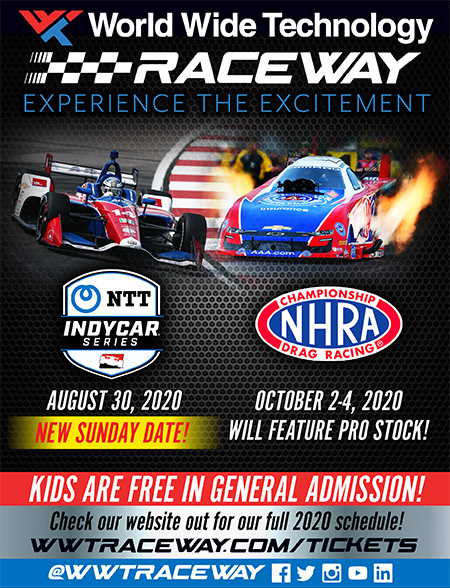