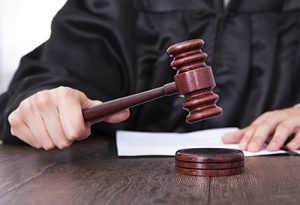 The law, proposed by Republican Lt. Gov. Mike Kehoe during his time as a state senator, made most state workers at-will employees. That meant departments fired and disciplined employees without reason or warning.

State agencies, citing the law, started ignoring grievances filed by workers who said they were disciplined or fired unfairly.

The state also refused to negotiate with unions on new rules that dealt with firing and discipline.

Unions sued, and Beetem ultimately agreed with them.

He wrote that state agencies “rendered the Unions impotent to enforce existing contracts or bargain any meaningful protections going forward.”

Beetem ordered the state to start processing the grievances it ignored and negotiate with unions over new contracts.

Beetem indicated in his ruling that he expects his decision to be appealed.