Jefferson City – Missouri State Rep. Doug Beck (D-Affton), a member of Plumbers and Pipefitters Local 562, has introduced a bill to modify the Fairness in Public Construction Act by permitting the state or any political subdivision to enter into a union-only Project Labor Agreement (PLA) for the procurement of construction services on a project-by-project basis if the project is funded 50 percent or less with state funds and sets forth certain criteria that must be considered before the state or a political subdivision may enter into such an agreement.

The bill, HB 1497, requires the state or political subdivision to publish its findings and hold a public hearing on its intent to enter into the Project Labor Agreement and sets forth the steps by which an interested party may appeal and seek a determination from the Labor and Industrial Relations Commission as to whether the state or political subdivision has complied with the provisions of the bill.

“I introduced this legislation because I believe local school districts and municipalities should be able to utilize all resources available to them at their discretion when trying to complete a project. Project Labor Agreements often come in under budget and are especially effective when trying to turn around a project within a tight time frame.”

CANDIDATE FOR STATE SENATE
Beck, an outspoken defender of the middle class and the rights of working men and women in the Missouri House, is campaigning to replace Scott Sifton, who is term-limited at the end of this session, in the Missouri Senate’s 1st District.

A 31-year member of Local 562, Beck said in he believes the best way he can continue to stand up for the interests of Missouri’s working people is in the state Senate.

“An individual can make more of a difference as a state senator where, with just 34 members, more time can be devoted to serious debate and finding areas of bipartisan agreement where progress can be made,” Beck said.

“I want to stand up to those who would ignore the will of the people. I will respect and defend the right of Missouri citizens to have their vote stand on initiatives and Constitutional amendments and not ignored or overturned by those in Jefferson City,” he added. “I will continue to fight for openness and transparency in our government, for smart solutions, and promoting entrepreneurship and business startups,” Beck said.

Beck was elected to the Missouri House in November 2016, was re-elected in 2018 and serves on the House Economic Development, Workforce Development and Veterans committees. He also previously served as a member of the Affton school board, a position he held for nine years, including two years as president.

You can support his campaign by visiting https://beck4missouri.com. 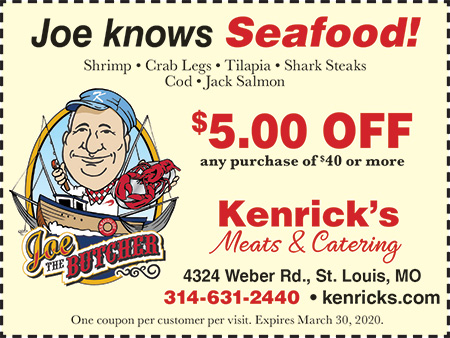