In the middle of an unprecedented public health crisis, a large number of Republicans in the Missouri House of Representatives are trying to sneak through their plan to overturn the will of the people and rig our democracy for decades to come. Every Missourian needs to know this before you decide who you’re going to vote for in the future! 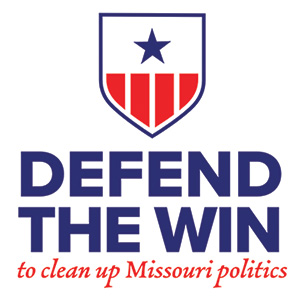 The Republican plan is called Senate Joint Resolution 38, and it would completely erase all the redistricting reforms we fought hard for in 2018, when we passed Clean Missouri with an overwhelming 62 percent — that was more than 1.4 million votes!

Last week a Republican-controlled House committee passed the bill. It will now go to the full House for a vote to put it on either the August or November election. Given that the Legislature will be in session for at least two more weeks, we can expect them to pass it — an unprecedented “go-to-hell” slap in the face to Missouri voters!

WHY CLEAN MISSOURI?
Clean Missouri made our redistricting system fair and nonpartisan.

We needed it because entrenched politicians had been gerrymandering our state for years. They drew state house and state senate districts that were mathematically designed to protect incumbents and partisan interests. That meant politicians in Jeff City didn’t have to worry about us regular voters; their seat was safe, so they could focus on keeping lobbyists and rich donors happy.

MAKING IT WORSE
Now it’s even worse. The Republicans are not just trying to ignore us – they’re trying to overturn our vote. They’re bound and determined to take us back to the days of backroom deals and rigged elections–no matter what the voters say.

If the Republicans pass SJR 38, the redistricting reforms we won in Clean Missouri will be erased and replaced with the politicians’ plan, which is truly extreme. It would increase the power party leaders and lobbyists have over redistricting. Additionally, their plan will no longer count children in the process for making districts.

‘RTW,’ MINIMUM WAGE IN THEIR SIGHTS
The truth is that it’s not just redistricting reform that’s at risk.

If they overturn Clean Missouri, you can bet your bottom dollar their next scheme will be to overturn everything else we fought hard for and won in 2018.

The first thing they will do is pass so called “right-to-work” again. Remember, more than two-thirds of Missourians (67 percent) voted against that measure. The minimum wage increase, which we passed with 63 percent of the vote, is also on the chopping block.

CALL YOUR REP – NOW
We need to raise our voice now, before it’s too late. If we let them get away with it will define the terms of Missouri politics for at least the next decade.

Please join me and call your State Representative and tell them to vote NO on SJR38. They need a reminder that the voters who chose them also chose a fair democracy.

Republicans and lobbyists in Jefferson City should be spending their time helping working families with real problems during this terrible time, not working to undermine their votes.

Clean Missouri’s reforms must stand, and the Republican Party should do their jobs and respect the will of the voters.