Did Halloween bring ghosts and goblins to your door? Did you open your door to Freddy Krueger, Darth Vader, or the headless horseman? I had a few skeletons, a vampire, a werewolf and some sort of demon arrive at my door.

Halloween has become a night that can bring all sorts of marauding things to one’s door. The reality though is they are not “things” but children dressed in all manner of costumes (well, usually children but occasionally an adult or two). Along with the before mentioned horrors that may have shown up looking for goodies, you may have also had little firemen, doctors, and a Star Wars Freedom Fighter or two. I had a couple of princesses, a child dressed as a star, and even a teddy bear. 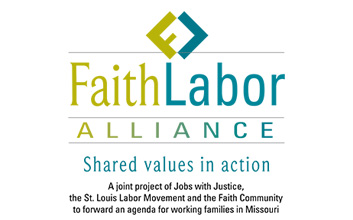 EACH NEW DAY
Just as some trick-or-treaters come dressed as demons and some as heroes, so it is with each new day. Will it bring the wolf at the door or joys and blessings?

There is an old adage that “you can’t fight city hall.”

It is indeed difficult to take on the powerful and connected, whether it be City Hall or Big Pharma or Big Oil.  While it is difficult to go toe-to-toe with such heavyweights, there have been numerous instances in history in which perseverance and resolve have led to toppling the mighty.

I remind you that our nation was once an underdog colony to the strongest army of its time: England. We all know how that revolution turned out. Not only did a bunch of colonists form a new nation but when the British Empire returned in 1812, they met the same resolve and same result.

So it is possible to fight city hall (or General Motors) but it is rarely easy.

CONGRATULATIONS TO UAW
So congratulations to United Auto Workers who stayed bonded together and saw their way through the longest work stoppage in nearly half a century.

Just as by sticking together a bunch of untrained colonists were able to defeat the world’s strongest navy and infantry, so by UAW’s united efforts they achieved better job security and more balanced wages. There is strength in numbers.

The power of hope can hardly be overstated. “Jack and the Beanstalk” may have been a fairy tale but sometimes giants are felled. The human spirit working in concert can overcome great odds by its power to inspire, encourage and transform.

SACRIFICE IS APPLAUDED
Way to go union brothers and sisters. Your efforts have not only helped build your quality of life but will help many who will come after you. I am sure that for many of you the struggle brought much hardship. Your sacrifice is applauded.

The wolf may have been at your door but by standing strong you found at your welcome mat blessings. Congratulations once again and a blessed Thanksgiving in a few weeks.

Blessings to us all.