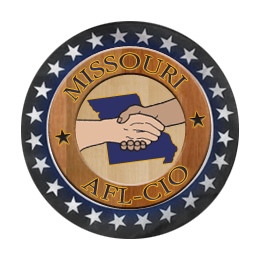 Imagine getting laid off from your job and struggling to support your family.

Thankfully, unemployment benefits are a safety net while you look for work in a tough economy, to ease the financial burden and stress when you fall on hard times.

In the aftermath of the Great Recession, this frightening scenario has hit home for many Missouri families.

It was just a few years ago that our economy was brought to its knees and millions of workers found themselves out of a job and out of luck. The economic crisis was not only deep, it lasted far longer than anybody expected and many people who yearned to work could not find jobs for years.  Even now, the recovery is tentative and sluggish.

Yet while it may be hard to imagine, things could have been much worse.

Since 2008, more than 24 million Americans have been able to rely on long-term unemployment insurance to stay on their feet until they found their next job and received their next paycheck.

Unfortunately, funding for this vital lifeline for jobless workers expired on Dec. 28 and benefits that kept millions out of poverty vanished in the midst of a weak economy.  The failure to renew this benefit is now costing a staggering 21,329 Missourians $5,013,168 a week, robbing families of a support system that remains essential to economic survival.

3 WORKERS FOR EACH JOB

In today’s economy, nearly three jobless workers apply for each job opening and more than 37 percent of the unemployed have been out of work for at least six months.

Numerous studies have shown employers frequently discriminate against the long-term unemployed, leaving far too many Missourians out in the cold.

For the families of these job seekers, unemployment benefits represent the difference between total hopelessness and a place to live and food on the table.

While many portray unemployment insurance as a handout or giveaway, jobless workers must demonstrate that they are constantly searching for work to receive unemployment benefits. The benefits themselves are very modest, averaging just $300 a week.

But ensuring these families can make ends meet has been demonstrated to create jobs and boost the economy, since a decline in buying power can send a weak economy into a deeper tailspin.

By not extending unemployment benefits we are robbing businesses of customers and costing the country more than 240,000 jobs, including 2,456 jobs in Missouri.

As the year goes on, the consequences will be even worse when benefits for 3.6 million Americans are scheduled to expire.

All of these reasons are why the Congressional Budget Office considers unemployment benefits to be one of the most important and effective economic stimulus programs.

Unlike multi-millionaires who receive a tax cut, jobless workers are much more likely to go out and spend that money in the local economy.

It is shameful that there was nothing included in the recent budget negotiations to help the millions of people who want to work but cannot find employment.

This was coupled with a resistance to close tax loopholes for the corporations that caused our economic crisis.

Especially in times of need, Missouri working families must demand that Congress creates good jobs and restores opportunity that grows the economy from the middle class out. Members of Congress have a chance to redeem themselves by voting to restore unemployment benefits as they return to work this month.

Missourians are counting on our members of Congress to show leadership and vote to extend unemployment benefits for the hardest hit. Our economy cannot afford for them not to.