St. Louis – Painters and Allied Trades Local 115 recently recognized 50-year member William Leeser with a plaque presentation at the Painters Hall. Celebrating his longtime service are (from left) Local 11 Business Agent Bill Boevingloh, Leeser and Local115 Vice President Joe Buehler. Leeser started his apprenticeships in 1963 his dad’s company, Gene Leeser Ptg. Company. The company went out of business in 1982. After he finished his apprenticeship, Leeser became eligible for the draft and was drafted for a two-year hitch, including a year in Vietnam. After his time in the service, Leeser went back to work as Painter, working at Paintsmiths for many years. He has four daughters and five grandchildren. In his free time, Leeser enjoys his grandchildren and working on cars. He owns a 1964 Chevy dragster Corvette Indy Pace car. 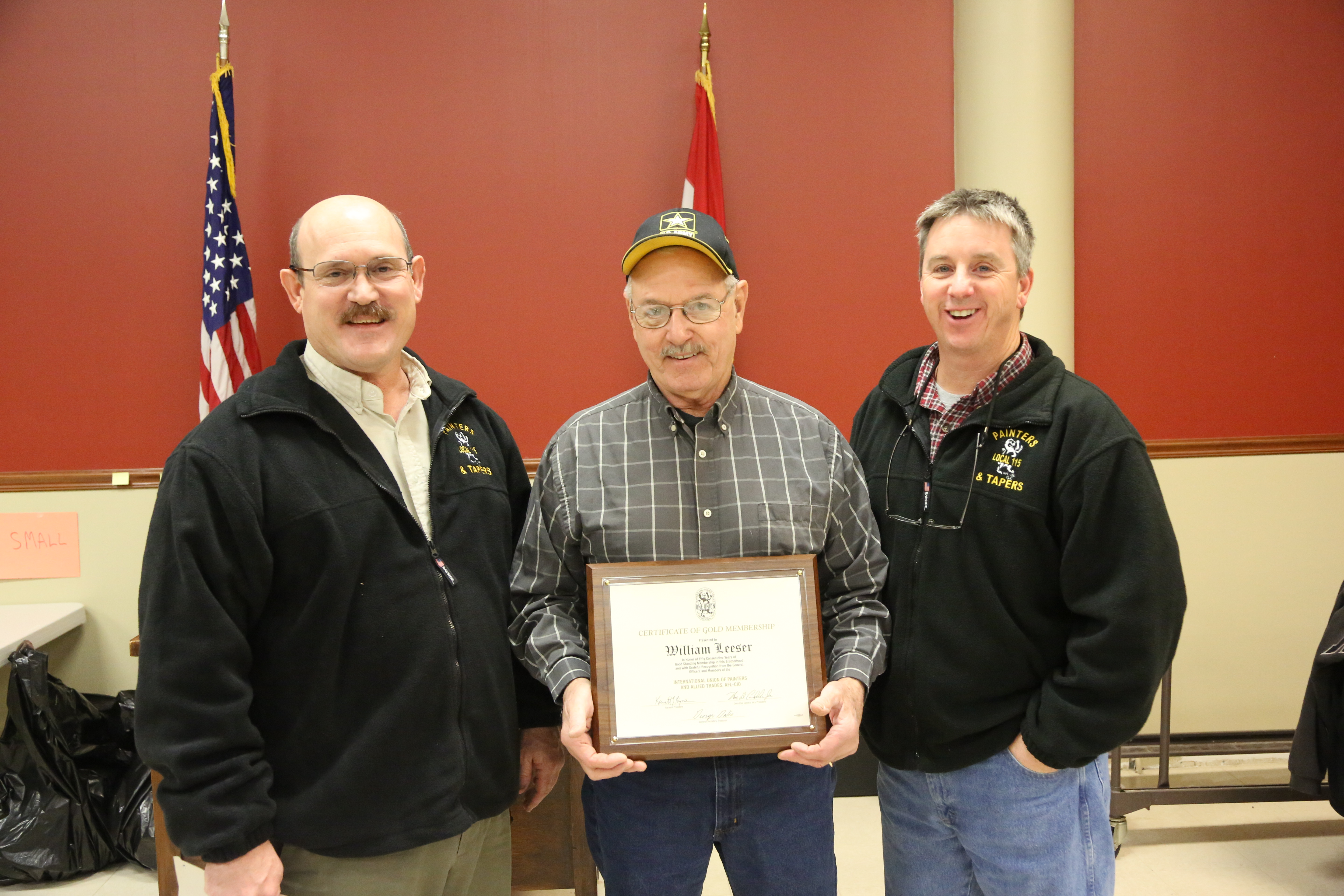