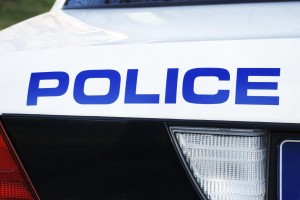 St. Louis – The St. Louis Police Officers Association (SLPOA) has charged that a newly filed lawsuit against the Board of Police Commissioners by a management group seeking to represent police sergeants is “a dangerous stunt that threatens months of work on a collective bargaining agreement that would have likely resulted in overtime for sergeants.”

A group called the Police Leadership Organization (PLO) that includes the chief of police and the department’s top brass is locked in a battle with the legitimate SLPOA union to represent the department’s 214 sergeants.

In a move to try and impress the sergeants that it’s the PLO who should represent them, the management group filed a lawsuit last week to win overtime pay for the sergeants.

“After years of standing idle while the SLPOA fought hard-won battles for sergeants and other ranks, the PLO has suddenly awakened from its Rip Van Winkle sleep to file this lawsuit on the eve of the election to determine who will be their union representative.  This is little more than a transparent ploy that is prohibited as objectionable conduct under the National Labor Relations Act,” said Jeff Roorda, SLPOA business manager.

The election is set for June 14.

“If it wasn’t so tragic, it would be funny,” Roorda added. “Why would a rogue organization that claims that they want to bargain a contract for the sergeants come along at the eleventh hour and file a lawsuit that jeopardizes the prospect of negotiating overtime at the bargaining table?

“It is not only a desperate and transparent maneuver that could result in a legal battle that goes on for years, it is an incredible disservice to every sergeant on the department and a clear reason why a management organization shouldn’t be allowed to interfere in the union representation and negotiations of rank-and-file employees,” Roorda lamented.

The SLPOA filed authorization cards in September 2011 signed by 60 percent of the sergeants. The Police Board was set to voluntarily recognize the SLPOA as the sergeant’s representative until the PLO threatened legal action, which delayed a vote on union representation by nine months.

The PLO has no union affiliation and is dominated by members of the police department’s management. SLPOA is an affiliate of the Fraternal Order of Police (FOP), the world’s largest police union.

In a prepared statement, the National President of the FOP, Chuck Canterbury, said, “The National FOP Labor Services Program is staffed with union professionals who have negotiated thousands of contract…we are the only national police union to offer this service.”

“We are the only bona fide police labor union seeking to represent the sergeants. We had a majority showing of interest that would have resulted in a contract and a negotiation for sergeant’s overtime nearly a year ago if the PLO hadn’t engaged in threatened lawsuits and litigation that obstructed the process,” Roorda added.