We’re only a few weeks into the New Year. That means a lot of us are still working on our New Year’s resolutions and thinking about how we can make 2020 a better year than 2019.

We’re doing the same thing at your union hall. The leadership and staff of Local 655 looks to 2020 as we think about ways to improve what we do for hard-working families.

Part of our journey to maintain and improve what we do for Missouri workers means keeping an eye on the politics of this state and this country. As some of you may know, the Missouri Legislative Session began in earnest last week. As I’m sure all of you know, 2020 is an election year that will be critical both to Missouri and the entire country.

In Missouri, most of our state lawmakers will be on the ballot — including Gov. Mike Parson, who will be seeking reelection. Around the country many of us will soon find ourselves preoccupied with the Presidential Election. As President Donald Trump gears up his campaign and as Democrats continue to fight through a lengthy primary process, it might be easy for local news and Labor issues to be brushed aside.

BE ENGAGED
First, it is important to be engaged in the Presidential Election. Make no mistake, the president has immense power to impact union and non-union workers alike. Whether it’s through judicial appointments, or appointments to the National Labor Relations Board, or whether it’s cabinet positions in bureaucratic posts that impact life on the job, the president wields incredible power to shape all Labor as we know it.
But that doesn’t mean we can forget about our own backyard. While Democrats fight through a primary this spring, politicians right here in Missouri will debate a wide swath of issues that directly and indirectly impact your life.

LEGISLATION TARGETING WORKERS
Politicians in Jefferson City — too many of whom are serving lobbyists or their corporate masters — are likely to consider passing a number of laws that target union and non-union workers. There’s little doubt there will be another fight on paycheck deception as anti-union politicians target public employee unions. Far from being an act of kindness, paycheck deception has one aim: to weaken the power of public sector unions and reduce their bargaining power.

We’ll likely see a debate on Project Labor Agreements and prevailing wage, two issues that don’t directly impact UFCW partners like you, but which are critical to good jobs across the state. Project Labor agreements and prevailing wage laws exist to ensure that when the government takes on a project (like building a new school or fixing an aging bridge) they hire workers that are properly trained and fairly compensated. Simply put: if you want the construction worker patching the roof of your child’s school to be a qualified Missourian with good pay and benefits, then you should care about these issues.

‘RIGHT-TO-WORK’ (FOR LESS)
As always, we keep our eye out for “Right-to-Work (for less).” While our victory just a year-and-a-half ago at the ballot box was a clear sign that Missourians do not support laws that weaken unions and drive down wages and benefits for all workers, we know we can’t always trust politicians to listen to the will of the people. Any attempt to force “Right-to-Work (for less)” down the throats of Missouri voters will be met with ferocious opposition from Local 655, as well as workers around the state.

ATTACKING CLEAN MISSOURI
Speaking of listening to the will of the people, let’s not forget that the battles we’ve already won sometimes rear their heads again. In this case, I’m talking about the fate of Clean Missouri. Just 14 months ago, in November 2018, more than 60 percent of Missouri voters opted to approve Clean Missouri, which reduced the amount of dirty money in our politics and created a system to reduce partisan gerrymandering.
Sadly, some politicians have promised to make changes to the law to undo some of Clean Missouri’s efforts. Despite lacking a mandate from the voters, in fact going directly against a mandate from voters, we know that we will eventually have to stand up and oppose these attempts to overturn any part of Clean Missouri.

CONSIDER THE IMPACT OF YOUR VOTE ON WORKING FAMILIES
2020 is an election year. I would ask all Local 655 partners — and all Missourians for that matter — to truly consider the impact of their vote this year. 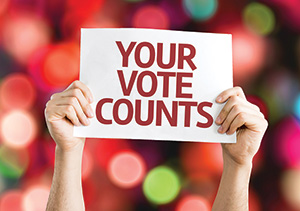 Consider what issues are truly important to you and your family, and where candidates stand on those issues. When union men and women elect candidates who fundamentally don’t support their rights to organize and bargain collectively, it hurts all workers. This happens for one specific reason: they prioritize something else over their union family.

President Donald Trump appealed to many Missouri voters and quite honestly, I understand why! For decades, mainstream politicians have promised to fight for hard-working people. For decades, those same politicians — in both parties – failed to live up to that promise.

After seeing so many politicians fail to prioritize workers, there was a clear desire in America for something “different.” And different he is, despite his direct opposition to Labor rights. As president, his judicial appointments have handed down blows to collective bargaining. His appointments at the Department of Labor and the NLRB have handed down new regulations making it harder for unions to win cases against employers or organize a workforce.

Just a few short weeks ago, Local 655 lost an arbitration that should have been a slam dunk victory. But when the NLRB handed down new rules — rules that were written by President Trump’s handpicked appointee that clearly put the worker at a disadvantage — it suddenly swung away from us. We lost the arbitration despite clearly being in a strong position because a bureaucrat decided to change the rules. This is the real-world impact of our vote.

Perhaps you are a union worker who supported Donald Trump. Perhaps you plan on continuing to support him, and my criticisms are frustrating to you. But that doesn’t change the facts: many politicians, including the President of the United States, don’t support union workers like you. I will also be critical of Democrats that support issues that are not worker friendly and I will point out when President Trump or other Republican candidates support worker friendly agendas.

ISSUES THAT MATTER TO UNIONS AND ALL WORKING PEOPLE
During 2020, we’ll be talking a lot about issues that matter to unions and all working people. We’ll be talking about wages, bargaining, benefits, the economy, trade policies and much more. We’ll also be talking about where candidates and politicians stand on those same issues. We will not be weighing in on social issues, and we know that to some voters those are the most important issues. The decision on who earns your vote is yours. You will have to decide what issues drive your vote in 2020. I will work hard to provide you information regarding the candidates’ positions on issue that affect you at your workplace, so you can make your choice in the voting booth.