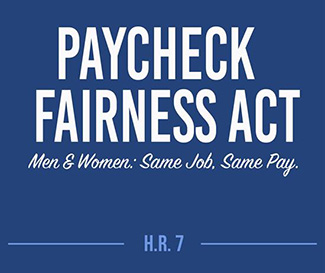 Once again, a Republican filibuster has prevented the Paycheck Fairness Act from proceeding to a vote in the United States Senate.

The bill, which has overwhelming public support, would help eliminate the gender pay gap by guaranteeing that women can challenge pay discrimination and disclose information about their wages. It also holds employers accountable by increasing penalties for violating equal pay laws.

Women on average still make only 82 cents for every dollar earned by men, and the gap is even wider for women of color. For a woman working full time year-round, the current wage gap represents a loss of more than $400,000 over the course of her career.