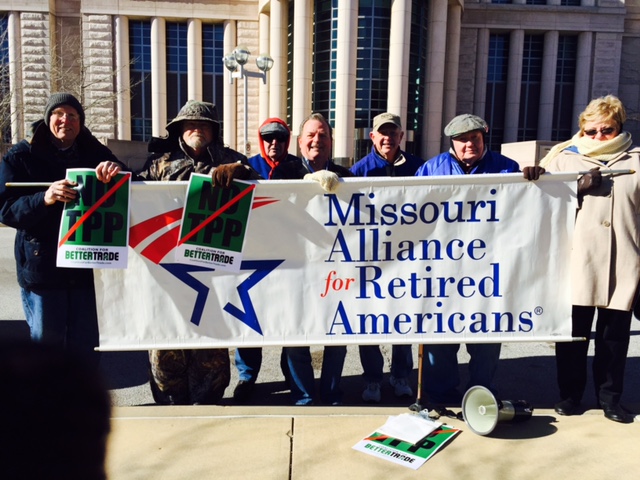 St. Louis — The Missouri Alliance for Retired Americans held a rally recently at the Thomas F. Eagleton U.S. Courthouse to protest the  proposed Trans-Pacific Partnership. The Missouri organization joined with other ARA chapters across the country to protest the trade proposal, which is expected to be worse for American workers than the notorious North American Free Trade Agreement. The TPP, if approved by Congress, will result in more lost jobs, lower wages and higher prescription drugs — a particularly harmful blow to senior citizens, said Missouri ARA President Dave Meinell. At the downtown St. Louis rally were (from left) Meinell, Bill Dettleff, Ron Gushleff, Ron Drake, Jim Barry, Mike Mendenhall and Patricia Laughlin.