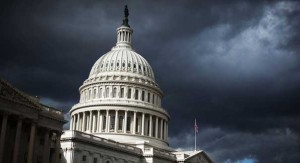 It’s urgent that everyone contact their state rep and senator and urge them to support Gov. Nixon’s veto on Sept. 16

The drive to put extreme pressure on the 22 Republicans in the House and four in the Senate who, along with their Democratic counterparts, believe in the working families of Missouri and voted against the phony right-to-work bill that punishes working Missourians, union and non-union alike, the Republican party has launched what will be an incredible pressure campaign against their own party members on two initial fronts:

• The Missouri Republican Party passed a stern resolution in support of right-to-work encouraging all Republicans to support the upcoming Sept. 16 override session.

• Americans for Prosperity, the right-wing secret funding lobby, launched a $196,000 media campaign focused in outstate Missouri in the districts where the worker-friendly Republicans live, telling more lies about the alleged benefits of RTW and asking viewers to contact their Republican representative and demand a change of heart. And this is probably only the beginning. Expect a major TV and radio onslaught as the veto session draws closer.

This is on the first salvo of what’s expected to be an onslaught in the next two months of pressure (lots of pressure), money (lots of out-of-state money from right wing groups) and plenty of arm twisting by Republican leadership both in Missouri and around the nation to get the Republicans who voted against right-to-work to change their position and support overriding Gov. Nixon’s veto in the Sept. 16 veto session.

Notes an article in the Republican-leaning Missouri Times:

“Despite veto-proof majorities in both chambers for several years, Republicans have been unable to get RTW bills across the finish line thanks to the handful of pro-worker Republicans that consistently break ranks on the issue. The resolution approved by the GOP state committee urges the Republicans in the House and the Senate to work to override Gov. Jay Nixon’s veto, a fairly tall order.”

Interestingly enough, according to the minutes of the State Republican Party, of the three resolutions adopted by the party at its recent meeting, only the right-to-work resolution did not get a unanimous vote.

And that’s where it’s going to get tough on these brave Republicans.

HERE’S WHAT’S ABOUT TO HAPPEN

Here’s the scenario that we can expect to see when the BIG out-of-state money begins to roll into Missouri:

• Each Republican will be told that unless they change their vote, the Republicans will find an opponent in the primary to run against them.

• The out-of-state interests will promise to commit $200,000 – $300,000 to the challenger; a regular House race would cost about $100,000, a senate race a bit more. The intent of this part of the threat is to let the working man’s Republican friend begin to fear for their seat.

• Then the out-of-state interests will begin a horrendous pressure campaign from the incumbent’s local corporate money supporters telling them “no money” if you don’t tow the Republican line and vote to override the veto.

‘A LOT OF COURAGE’

“It took a lot of courage to vote their honest convictions that right-to-work is wrong for Missouri, something the 22 Republicans supporting working families know in their hearts to be true,” said Missouri AFL-CIO President Mike Louis.

“These are Republicans, and of course or Democratic friends as well, who have the common sense to understand that Missouri can’t prosper unless its working families – the Middle Class — can earn a decent living. Realizing and believing in this, they voted their convictions and voted AGAINST the right to work bill.

“We are confident they will hold firm….but to help that cause, we are calling on all working families, whether or not you are a union member, to contact your state representative and senator and encourage them to stay strong, that you believe in the strength of their convictions and urge them to continue that belief by holding firm and vote AGAINST overriding the governor’s veto.”