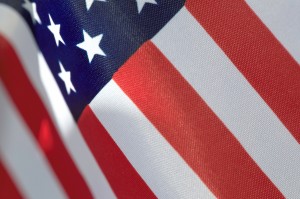 Belleville—Democrats and union leaders in Southern Illinois have bounced back quickly from their shock when Democratic Congressional candidate Brad Harriman announced that he was stepping out of the race for medical reasons.

The Labor Tribune learned that two possible candidates under serious consideration are Maj. General William L. Enyart of Belleville, the Adjutant General of the Illinois National Guard and John Baricevic, Chief Judge of the Twentieth Judicial Circuit in Belleville. Baricevic is a former St. Clair County Board Chairman and States Attorney.

Barb Brown, a co-chair of the 12th District Democratic Central Committee, which will choose the candidate, told the Labor Tribune, “We will have a strong candidate. I’m certain of that.”

Brown, the circuit clerk of Randolph County, chairs the committee with Congressman Jerry Costello, who announced his retirement earlier this year.  Others on the committee include the Democratic chairmen of the 12 counties in the district.  The committee issued a public statement soliciting applications for the candidacy. The deadline for applying is June 15 and the candidate will be chosen shortly after.

A major impediment, she said, is that some of the best possible candidates are already in office, or running in other races.

“It’s a big step, and not an easy one for some of our best potential candidates. It could involve moving a family to Washington, or serving in Washington but leaving a family at home. Those are difficult and complicated decisions.”

Gen. Enyart told the Labor Tribune that several Democratic leaders had called him to discuss his possible candidacy.

“I was surprised. It was not something I was thinking about. And I am honored to be considered, “ Enyart said.

He and his wife would discuss it, he said.  It’s complicated because they have lived in the community most of their lives. They have two adult sons, one a local doctor and another a law student at Southern Illinois University.  Leaving town for Washington would not be an easy decision.

“So it’s something we will have to sit down and talk about. But it’s fair to say we will give it serious consideration,” he said.

Baricevic told the Labor Tribune that he would consider the race “if the right people asked, I’d have to consider it.”

But he likes the job he has and enjoys the life he and his family have in Belleville, he said.  Frankly, he said, “I don’t know what I would do.”