Last year, Missourians defeated “right-to-work,” voted to raise the state minimum wage and approved CLEAN Missouri to reduce the influence of lobbyists and do away with the gerrymandering of districts, but State Senator Gina Walsh (D-Bellefontaine Neighbors) says more must be done to protect working families.

“We did all these good things when it came to the issues, but people went to the ballot box and sent the same guys back to Jefferson City that do not support us,” Walsh said. “There are about 15 ‘right-to-work’ bills in Jefferson City this year. This is not over and these issues will always be here as long as we send the wrong people to Jefferson City.”

Walsh, the first female president of the Missouri State Building & Construction Trades Council and the first woman to go through Heat & Frost Insulators Local 1 apprenticeship program, was the guest speaker at this year’s Women’s History Brunch, sponsored by the St. Louis chapter of the Coalition of Labor Union Women (CLUW).

The event, which coincided with Women’s History Month, was held March 23 at the CWA Local 6300 Union Hall. About 150 women and men from the building trades, public and private sector unions, legislators, local officials and friends of Labor attended the brunch.

Walsh, the Senate minority floor leader, is in her second and final term representing District 13. Prior to her election to the Senate, Walsh served four terms in Missouri House District 69, which included Bellefontaine Neighbors, Glasgow Village, Jennings, Moline Acres and Riverview.

Women represent more than half the population in Missouri, but that number is not reflected in the makeup of the Missouri House and Senate, Walsh said. Only nine of 34 state senators and about 40 of 163 representatives are women, she said, adding that half of the State Senate seats and all of the State House seats are up for grabs in 2020.

“To change the future, we must start today and step up to the plate,” Walsh said. “If we don’t have a bench, it’s not because there isn’t a place to sit. It’s because we didn’t build it. We need to build it and fill it with people who support Labor and represent us in every community at every level.”

Walsh, whose public service career began by serving on the Riverview Fire Protection District’s Board of Directors, noted that in addition to opportunities to serve on the state level, there are 226 Missouri schools districts, more than 900 municipalities and 14 counties all with elected positions.

“When we start to fill these seats, we will start to build,” she said. “We are Labor women and we can build anything, so let’s build our bench, fill our pipeline and get Missouri on the right track.” 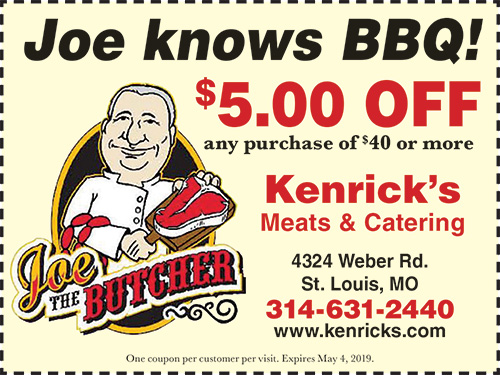