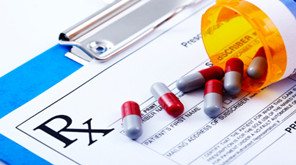 St. Louis Teachers Local 420 has suspended a half dozen clinics and pharmacies from providing services to their members after discovering potential billing “improprieties” in their prescription drug plan.

The union has launched a full-scale investigation into a specific service provider who made the arrangements with the suspected medical and pharmaceutical providers, announced Local 420 President Mary Armstrong.

The potential problems were discovered by the union as part of an internal review they conducted when charges against the union’s drug plan showed charges that doctors did not approve.

“Once the investigation is concluded and if wrongdoing is discovered, we will take the steps necessary to hold people accountable for their actions,” Armstrong said in a letter to Local 420 members last week.

Local 420 is and will fully cooperate with all authorities in this investigation.

Armstrong urged Local 420 members to check their Express Script account for charges that may not be proper and immediately notify the union office.