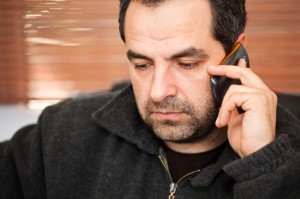 In the on-going struggle to protect Missouri’s middle class from the disaster now called “Freedom to Work” (“Right to Work for less in a shiny new coat) several important lessons have emerged:

• “All” Republicans are not at fault for this irresponsible effort to throttle the middle class; there are a number of Republicans who do not agree with their leadership pushing this nefarious bill. So trying to put blame on “Republicans generically” is to be avoided, because it’s not true.

• This is a middle class issue that affects all Missouri families.  RTW supporters would like to make it a union issue because of some negative stereotypes of “unions” held by many. “Right-to-Work/Freedom-to-Work (RTW/FTW) will destroy the middle class – union membership has nothing to do with it.”

• A massive grassroots effort is needed to defeat the six anti-worker, anti middle-class bills that have been introduced in the Missouri legislature. “This will be a marathon, not a sprint” because out-of-state special interest groups are going to pour millions into Missouri to support the effort to destroy the middle class.

• The fight cannot be just by the unions, who only represent about eight percent of Missouri’s workforce. Rather, it needs to be a community-of-interest effort where every group that fights for the rights of the middle class has to be united and working together.

• Education of union members about the threat to their livelihoods and their families is the first task. Once members understand, they’ll be able to help take the message outside the union to where it needs to be heard – in the broader community via family, friends, co-workers, and neighbors. 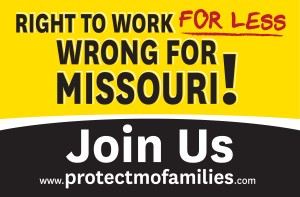 These were some of the major conclusions drawn from an exciting and informative Telephone Town Hall Meeting on Jan. 15 sponsored by the Committee to Protect MO Families for the members of the Carpenters’ District Council of Greater St. Louis and Vicinity.

The Committee to Protect MO Families (www.protectmofamilies.com) is working together with other organizations in this fight, and educating carpenter members and the general public across the state about why so-called “Right to Work” is wrong for Missouri.

Statistics gathered from the call-in program show that nearly 6,000 carpenters joined in the hour-long session at which they heard from three speakers, but were also able to call in with their own questions, and more than 100 did just that.

“Our livelihoods and families are under attack,” said Dave Wilson, Carpenters’ District Council representative from the Kansas City area, in introducing the program designed to explain the dangers of “Freedom to Work,” the latest deceptive slogan created by out-of-state spin masters to try and trick Missourians into believing in this bad law.

During the program, several instant polls were taken of participants. The first question set the tone for the evening: Responding to “Do you support the so-called right-to-work legislation?” 95 percent responding said “No,” while five percent said “yes.”

In a second poll, 69 percent on the line said they would volunteer to help in the effort.

During the extensive Q&A session, a retiree asked a pointed question: “What do the people pushing this have to gain?”

The Response: Since one of the goals of RTW/FTW is to destroy unions as well as dominate the middle class, when you destroy workers’ voices in the workplace, the company gains tremendous power. “By lowering wages they boost their bottom line at the expense of working families.”

Making brief presentations and then responding to questions were:

• Dr. Michael Kelsay, an adjunct professor and research associate at the University of Missouri-Kansas City, who briefly outlined the economic impacts that passing RTW in Missouri would have on Missouri families. Dr. Kelsay will be releasing his study soon.

• Lisa Canada, political and legislative director for the Michigan Regional Council of Carpenters.

Both Canada and Hilton were involved in their own state RTW fights, one that won, Colorado, and one that lost, Michigan. They outlined the lessons to be learned from the campaigns in their states.

Members were asked throughout the town hall to help by:

• Joining the Committee’s efforts online to keep up to date on the RTW battle and receive updates and legislative action alerts (www.protectmofamilies.com).

• Distributing postcards to others.

• Talking to their friends and neighbors.

• Signing an online petition telling Speaker of the House Tim Jones (R-Eureka) that so-called “right to work” legislation is WRONG for Missouri.