Home Labor News From Our Region Vote for your union brothers and sisters Nov. 8 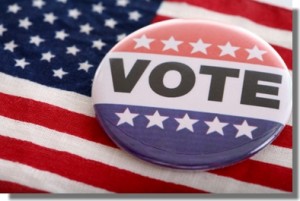 Last year, contentious “right-to-work” and paycheck deception bills vetoed by Gov. Jay Nixon were narrowly defeated. That’s why it is of utmost importance that we support these union brothers and sisters on Nov. 8. As union members, they will fight for working families.

Karen Settlemoir-Berg is the Democratic candidate for the District 113 seat, which represents parts of Arnold, Imperial and Barnhart. Settlemoir-Berg has been a member of UFCW Local 655 since 1985 and has served as a representative of the union the last five years. She is also president-elect of the Labor and Employment Relations Association in Missouri and is a Jefferson County Labor Club executive board member.

Settlemoir-Berg is running to unseat first-term incumbent Rep. Dan Shaul (R-Imperial), who despite promising constituents he would support working families, voted in favor of so-called “right-to-work” and paycheck deception legislation the last two years. He also has accepted $75,000 in campaign donations from union-hater David Humphreys, owner of TAMKO Building Products in Joplin, MO.

“Representative Shaul lied to me and other constituents,” Settlemoir-Berg said. “His actions show who he represents, and it’s not the hard-working men and women of the 113th district.”

Travis Barnes is running in District 117, which covers portions of Bonne Terre, Park Hills and Farmington in St. Francois County. Rep. Linda Black (R-Park Hills), a longtime friend of working families who was elected in 2008, has been term-limited.

Barnes, of Park Hills, is a member of Iron Workers Local 396. He has been with the union for 20 years and currently serves as vice president. As a state representative, Barnes said one of his key objectives would be stopping the attacks against the middle class and finding ways to bring business to the district.

“I have grown up in the 117th District,” Barnes stated on his campaign Facebook page. “You are my family, my friends and my community, and I promise to be as hard a worker in the House of Representatives as I am in the field as an Ironworker.” 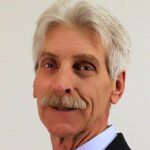 Jack Schilligo is running for the District 89 seat, which represents portions of Chesterfield, Des Peres, Frontenac, Huntleigh, Kirkwood, Ladue and Town & Country in West St. Louis County. He is running against Rep. Dean Plotcher (R-Clayton) who was elected to the seat in May 2015 after John Diehl resigned amid allegations of inappropriate text messages exchanged with an intern.

“We must accord organized labor and working families the dignity and respect they have earned, as they built the middle class in our state and across America, he stated on his website. “I will continue to vote against any ‘right-to-work’ for less legislation and any attempts to remove or cripple Missouri’s prevailing wage laws.”

Rep. Jake Hummel (D-St. Louis), a member of IBEW Local 1 and Missouri AFL-CIO secretary- treasurer, is the Democratic nominee for the 4th District Senate seat formerly held by Sen. Joe Keaveny who resigned to take a judgeship. He will be challenging Republican Bryan Young in the special election.

Hummel has served a Missouri House representative since 2008, and as Minority Floor Leader, Hummel worked across the aisle to find wins, leading efforts to sustain Gov. Nixon’s vetoes on anti-worker legislation like so-called “right-to-work” and paycheck deception, despite facing a Republican supermajority in the House.

“I’ve enjoyed my time as minority leader in the House, and I’ve created some relationships on both sides of the aisle that I think have helped us stop some anti-worker proposals in the past,” Hummel said. “I think I can do a lot more for Organized Labor in the Missouri Senate.”

Sen. Gina Walsh (D-Bellefontaine Neighbors), the first woman to go through Heat & Frost Insulators Local 1 apprenticeship program and the first female president of the Missouri State Building and Construction Trades Council, is running uncontested to retain her seat in the 13th Senate District.

Walsh was elected to the Senate seat in 2012 and currently serves as interim Senate Minority Leader. Walsh has been a longtime supporter of working families, and last year helped lead a filibuster in the Senate to try to stop the paycheck deception bill. Prior to her work in the Senate, she served four terms in the Missouri House in District 69.

Most recently, Walsh has been leading efforts to educate Missourians about the importance of this year’s election and the need to get out the vote. Walsh said electing Democrat Chris Koster as governor is essential to prevent Missouri from becoming right-to-work state. “If Koster is not our governor, we will be a right-to-work state by Feb. 1,” she said.