Home Health What you should know about Alzheimer’s and dementia 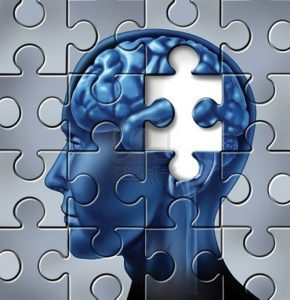 Currently, more than 110,000 people in Missouri are living with Alzheimer’s disease, and over 314,000 family and friends are providing care.

Alzheimer’s is a progressive disease where dementia symptoms gradually worsen over a number of years. In its early stages, memory loss is mild, but with late-stage Alzheimer’s, individuals lose the ability to carry on a conversation and respond to their environment. Alzheimer’s is the sixth leading cause of death in the United States. On average, a person with Alzheimer’s lives four to eight years after diagnosis, but can live as long as 20 years, depending on other factors.

Alzheimer’s has no current cure, but treatments for symptoms are available and research continues. Although current Alzheimer’s treatments cannot stop Alzheimer’s from progressing, they can temporarily slow the worsening of dementia symptoms and improve quality of life for those with Alzheimer’s and their caregivers. Today, there is a worldwide effort under way to find better ways to treat the disease, delay its onset, and prevent it from developing.

There are 10 warning signs and symptoms of Alzheimer’s. If you notice any of them, don’t ignore them. Schedule an appointment with your doctor.

WHAT TO DO
If you notice any of the 10 warning signs of Alzheimer’s in yourself or someone you know, don’t ignore them. Schedule an appointment with your doctor. With early detection, you can explore treatments that may provide some relief of symptoms and help you maintain a level of independence longer, as well as increase your chances of participating in clinical drug trials that help advance research.

For more information and support groups visit www.alz.org/alzheimers-dementia or call the national Alzheimer’s 24/7 help line at 1-800-272-3900.

Serving 86 counties in Missouri and 10 in Illinois, the Alzheimer’s Association Greater Missouri Chapter provides education and support to all those facing Alzheimer’s and other dementias, including those living with the disease, caregivers, health care professionals and families. The St. Louis office is located at 9370 Olive Blvd, 63132.