Dozens of Missouri’s union workers honked their way past Republican Congresswoman Ann Wagner’s office June 17 in a Workers First Caravan as part of a national day of action and solidarity calling for the implementation of America’s Five Economic Essentials and passage of CARES2 (the HEROES Act).

They were joined by thousands of working people across the country, from Fairbanks to San Juan, to Bangor and Honolulu and Puerto Rico in car caravans, press conferences and call-ins demanding the GOP-run Senate approve the $3 trillion the HEROES Act economic aid package passed the Democratic-majority House last month in response to the continuing COVID-19 pandemic and its economic fallout.

In Missouri, workers gathered on the parking lot of UFCW Local 655’s union hall in Ballwin and drove a short distance from there to Wagner’s office, blaring the horns on their cars and trucks, which were festooned with signs demanding worker protections.

Wagner, who represents Missouri’s 2nd District, has been no friend to working people during her time in office. Democratic State Senator Jill Schupp, long a champion for workers in Missouri, is running to unseat her in the November election, with the endorsement of the Missouri AFL-CIO.

4) Keep America healthy by protecting and expanding health insurance for all workers.

“This is about workers getting a fair shake while we try to beat this COVID thing,” said Mike Louis, president of the Missouri AFL-CIO, to a socially distanced crowd at Local 655’s hall. “We haven’t beat it yet, and from the looks of all the masks, I would say everybody here realizes that.

Among them was longtime friend of Labor Bill Otto, candidate for State Representative in St. Charles’ 65th House District – a district he lost by only 315 votes in 2018. The incumbent representative, Republican Tom Hannegan, voted in favor of “right-to-work,” which voters overturned in 2018. He also voted to put Amendment 3, “Dirty Missouri,” on the November ballot in an effort to overturn the voter-approved CLEAN Missouri amendment, which enacted changes to the redistricting process, lobbying, campaign finance and public records.

The Dirty Missouri initiative would roll back a majority of those changes, including eliminating the role of a nonpartisan state demographer to redraw the state’s district lines following this year’s census, a change Republicans worry would eliminate their gerrymandered voter-proof districts.

‘WE CAN WIN THIS’
Otto, who previously served in the House from 2012 to 2016, worked as an air traffic controller for 31 years and was a founding member of the National Air Traffic Controllers Association (NATCA) and served as a union representative at Lambert International Airport and later as president at the National level.

“I am so proud to be here with you all today,” Otto said. “This is as important to me as anything in the world. We can win this vote. I don’t win it, we win it. We’ll win it for Labor; we’ll win it for working families; we’ll win it for people who stand up and say this is what’s right, working for working people, defending Labor and making sure that we all have jobs and a decent income.”

‘DEFEND WORKING PEOPLE’S RIGHTS’
State Representative Doug Clemens (D-St. Ann), a former member of UAW Local 282 and UFCW Local 655, who is up for re-election in the 72 House District, threw his full support behind the Workers First caravan.

“This is the Labor Movement; we don’t sit still. We have to defend working people’s rights actively every day,” he said. “We’ve faced an onslaught now for 20 years eroding our rights on the job. I’m third generation Labor. My grandparents were born in the 1800s. They were actually part of the Labor Movement when guys lined up with rifles and shot them for wanting a 40-hour work week. So that’s where I come from, and that’s what I’m dedicated to making sure that we never lose those rights. And actions like today are exactly how we do that.”

‘I WILL HAVE YOUR BACK’
State Representative Deb Lavender (D-Kirkwood), who is running for State Senate in the 15th District, discussed the recently ended legislative session and the work that still needs to be done to protect workers during the pandemic and going forward.

“There’s more work that needs to be done, the protections that we were not able to get for you this year, we need to keep working for – the PPE, something as simple as that,” she said. “We’re going to make a huge difference on the Senate floor this year. I will always remember that you have my back, and you can remember that I will have your back.” 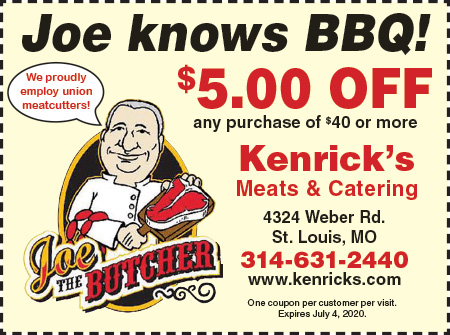