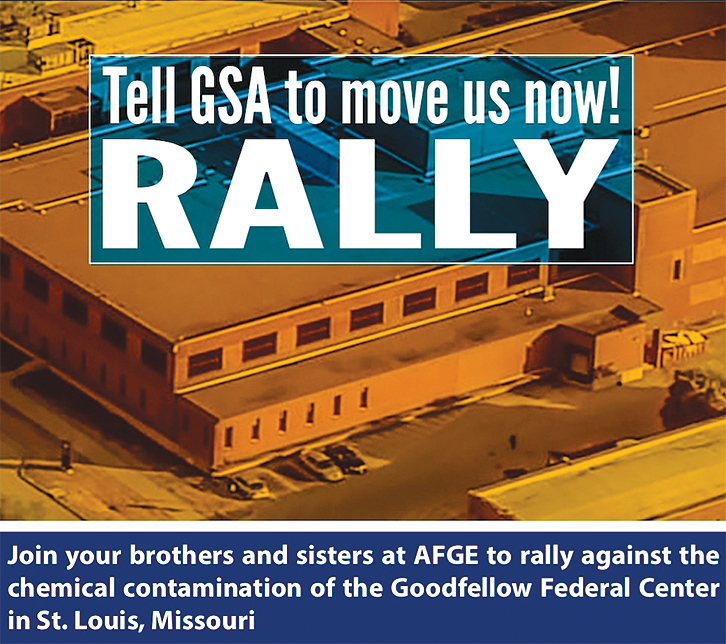 Despite reports of toxic chemical contamination at Goodfellow Federal Center, workers are still being required to work in this unsafe environment. On Saturday, workers will rally to call for an immediate transfer to a new location until it is safe to return. They’re also demanding that their US Representatives and Senators conduct a Congressional investigation of the facility.

“The Missouri AFL-CIO is fully committed to fighting alongside our brothers and sisters at the Goodfellow Federal Center. It’s unacceptable that workers are being asked to risk their health for a paycheck, and they should be transferred immediately. We call on Congress to take a stand, investigate the facility, and demand a safe jobsite for these workers,” said Missouri AFL-CIO President Mike Louis.

Members with the American Federation of Government Employees (AFGE) Locals 1136, 3354, 2192 and 96, representing employees of the Social Security Administration, Department of Agriculture and Veterans Affairs working at the Goodfellow Federal Center where a total of 83 hazardous substances have been found, need your help to demand the “immediate transfer” of some 2,400 federal employees who work at the facility.

Join our brothers and sisters at AFGE to rally against the chemical contamination at the Goodfellow Federal Center this Saturday, June 29 from noon to 1 p.m. at 4300 Goodfellow Blvd., St. Louis, MO 63120. 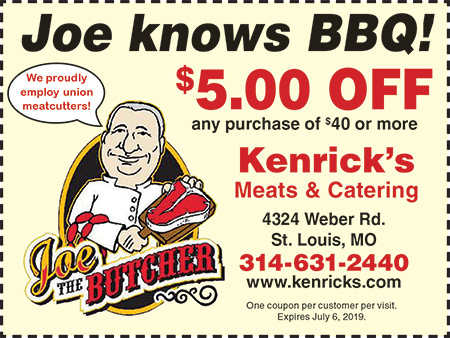