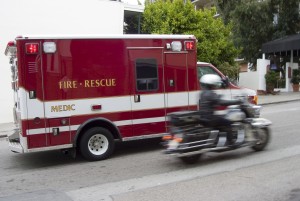 St. Louis – If a poll by the St. Louis Business Journal is any indication of the broader business community’s feelings about the attempt by the City to entice the Board of Alderman into making drastic negative changes in the fire fighters pension system by holding out the carrot of hiring more police officers if the pensions of fire fighters were drastically cut, it failed miserably.

By an overwhelming vote of 63 percent to 36 percent, Business Journal readers (basically the St. Louis business community) disagreed with that effort. A total of 1,183 people responded.

Last week the Labor Tribune reported that the administration had made a proposal to the Board of Police Commissioners that the City would not cut 30 police officers jobs by attrition this year IF the Board of Aldermen passed Mayor Francis Slay’s plan to dramatically gut the fire fighters’ pension plan. The police board accept the “if” proposal. Then a city official upped what one observer called “blackmail” by saying the City could put an additional 300 more police on the streets if the fire fighters pension plan was severely changed.

The Business Journal then asked its readers:

“Should the city of St. Louis fund police jobs by restructuring the firefighters pension?”

The response was loud and clear:

“We appreciate the strong support of the business community and the entire St. Louis community,” said Fire Fighters Local 73 President Chris Molitor. “While the fire fighters are certainly willing to make needed changes in our pension plan, we have to do so on the basis that’s fair to the men and women now on the force who have been paying into the plan for many, many years, and those who count on their pensions for survival.” He noted, again, that fire fighters do NOT receive Social Security when they retire.

Sgt. David Bonenberger, president of the St. Louis Police Officers Association, told the Labor Tribune: “It’s not fair to put police back on the street on the backs of fire fighters… it’s a back-handed threat, that if the Board doesn’t pass the mayor’s bills, they will have to lose police protection.”

Molitor reiterated that changes in the disability pension certainly should be made to avoid the abuses that have come to light, noting that the several proposals have been made to curb those abuses by the fire fighters, but that to date they have been ignored as the administration wants to keep pressure on the Board of Aldermen.

“Anyone taking advantage of the disability pension should be ashamed of what they are doing to the men and women who truly are disabled and deserve appropriate compensation. I would urge everyone to not tar the entire system for the abuses of a few.

The Board of Aldermen is expected to take up the issue again tomorrow (Friday, June 29).