Work started recently on the renovation of Kiener Plaza. The centrally located city park and visitor hub, which has hosted many a fiery protest, has been redesigned as part of the CityArchRiver project to better connect the downtown attractions and provide for events year-round. Work is scheduled to be complete in spring 2017.

Kiener Plaza is surrounded by attractions like Busch Stadium, City Garden, the Washington Ave. loft district, downtown business district, National Blues Museum (which is set to open in April), the Old Courthouse and the Arch.

The project’s budget is $19 million.

The St. Louis Building and Construction Trades Council endorsed Proposition P, a plan to enhance the Gateway Arch grounds and parks in St. Louis County with new construction in 2013. 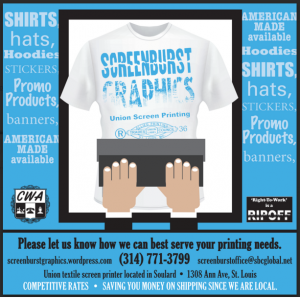 “We’re looking forward to work that’s coming out of the improvements to the Arch grounds,” said Jeff Aboussie, executive secretary-treasurer of the Building Trades Council. “A great many of our contractors and our trades are benefiting from the work that’s come out of that tax.”

The ongoing project is providing hundreds of union construction jobs and will create more than 4,400 new, permanent jobs once completed.

The CityArchRiver project is a public-private partnership. Public funding for the Kiener Plaza construction is being provided by Great Rivers Greenway, through the Proposition P sale tax approved by voters and endorsed by the St. Louis Building and Construction Trades Council in 2013. Funding is also being provided by the CityArchRiver Foundation through private donations.