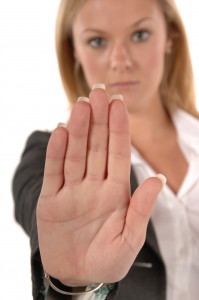 Washington (PAI)—For years, the U.S. Supreme Court has said employers are responsible for ensuring there is no racial or sexual harassment, discrimination on the job, or “racially hostile” environments and so are their supervisors, as their agents.

But who’s a supervisor?  The lower courts have split on the issue, and the U.S. Supreme Court recently heard arguments on the problem.

Maetta Vance, the only African-American worker in her department at Ball State University in Muncie, Ind., went to court in 2006 after a racially charged environment erupted there, and that led to the case.

The lower courts and the 7th U.S. Circuit Court of Appeals in Chicago threw her lawsuit out.  Unlike other circuit courts that ruled on the issue, the judges in Chicago said unless a superior has the power to hire, fire or discipline a worker, the superior – even if he or she could order Vance around – is not a supervisor.

Other circuit courts have ruled such a superior is a supervisor, even without the power to hire and fire.  Vance agrees with those courts.  So do the National Partnership for Women and Families (NPWF) and the pro-worker National Employment Law Project (NELP).  Both have taken her side in appealing the lower court rulings to the High Court.  Unions have not filed briefs in the case.  Business, led by the Chamber of Commerce, sides with Ball State against Vance.

“Supervisors, even acting outside the scope of their employment, are aided in their harassment by the authority the employer has given them,” NELP adds.  “An employee given the power to direct another employee’s day-to-day activities and uses that power to harass an employee is functionally the same as a supervisor with hiring and firing power who engages in sexual harassment but does not take tangible action,” such as firing.