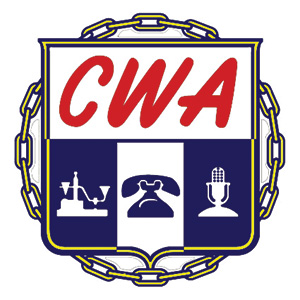 General Dynamics Information Technology (GDIT) has agreed to pay $170,000 to settle Fair Labor Standards Act claims brought by a number of Communications Workers of America (CWA) call center activists and others alleging that the company failed to pay proper overtime wages to customer service representatives at its call centers. The proposed settlement, if approved by the judge, would result in the 182 former GDIT employees who joined the lawsuit splitting $80,000 in back wages. GDIT sold its federal call center business to Maximus, Inc. in November 2018.

The federal lawsuit, Freeman v. General Dynamics Information Technology Inc.5, was filed on April 10, 2018 after a number of GDIT call center workers reported to CWA that they believed the company had not properly tracked and compensated them for all hours worked. According to the settlement approval motion filed in the Middle District of Florida on August 8, 2019, the plaintiffs alleged they had routinely performed preliminary work tasks that were not included in the company’s “on-the-clock” timekeeping system. These tasks include logging into phones and computers, checking and responding to emails, and coordinating and scheduling calls and meetings. The proposed settlement did not include an admission of liability on the part of the company.

“We will be continuing our fight to hold Maximus, our new employer, accountable. We won’t stop until they meet with us about classifying the work we do properly under the Service Contract Act and remaining neutral to our efforts to form a union. This is only the beginning of our efforts to join together to improve working conditions.”

‘IT’S SHAMEFUL’
“It’s shameful that companies like GDIT seem to find any way that they can to cut down on the wages of working people,” said Kathleen Flick, another plaintiff who works at a call center in Bogalusa, Louisiana. “I am so proud of the fact that I stood with my coworkers to call them out on this injustice.”

“We have learned that by working collectively, we can make our voices heard,” said Anna Flemmings, another one of the plaintiffs. “We will continue our fight for fair wages and fair treatment in the workplace.”

NOT THE FIRST TIME
This is not the first time GDIT has been accused of wage theft. CWA has filed complaints with the U.S. Department of Labor alleging that GDIT–and now Maximus since it has taken over operations–have significantly underpaid most of their federal call center workforce under federal prevailing wage law. Maximus currently employs about 10,000 workers at 11 call centers under contract with the Center for Medicare and Medicaid Services. These jobs are covered by the Service Contract Act (SCA), a federal law that sets prevailing wage standards for federally contracted service work. CWA’s complaints show an extensive pattern of misclassification of workers under the SCA to avoid paying workers the wages their job duties merit.