Part 9: The other side of the ‘budget’ coin: real people 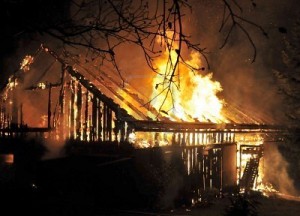 St. Louis – As the Board of Aldermen, Mayor Francis Slay, Fire Fighters Local 73 and the trustees of the Firefighters Retirement System (FRS) struggle to resolve substantial financial differences over fire fighter pension issues, the threat by the Administration to close engine houses and reduce manpower potentially has serious consequences to the residents and businesses of St. Louis.

This issue is being totally overlooked in the current, very public, discussions. Not that anyone, Mayor Francis Slay, the Board of Aldermen or the fire fighters, would do anything to intentionally put citizens at risk, they absolutely would not. But, the threatened closing of two fire houses and the reduction of that manpower does raise serious issues. Currently, only the financial impact of fire fighters’ pensions on the City’s budget is being discussed. The potential impact on residents lives and property and businesses has not been part of the conversation. It must be.

The concern aired by the International Association of Fire Chiefs in a November 2011 report “Fire Service Deployment: Assessing Community Vulnerability” released by the Urban Fire Forum noted,  “In many communities, the sustained economic recession is forcing decisions to cut fire department resources faster than fire service leaders can evaluate their impact.”

Said Chief Ned Pettus, Jr., president of the Metropolitan Fire Chiefs Association, “As fire chiefs, we recognize the stress of dealing with cash-strapped budgets, but there are some resources that must take priority particularly when the decision can put the public and fire fighters at greater risk.”

While St. Louis is considering cutting fire fighters and closing fire houses, they have only recently hired a national firm to evaluate the fire service, which means the City could be making service cuts and closing fire houses before understanding their true impact on the residents and properties in the City. The firm, ICMA has come under criticism across the country for the quality of its work. (Read Labor Tribune series, Part 7, May 31,2012 at www.labortribune.com).

Why is such an evaluation by a competent source so important? Because lives and homes and businesses are at risk as closing fire houses means longer response times to some parts of the City.

Using standards established by the National Fire Protection Association (NFPA), the recognized experts in the industry, here’s the impact on medical emergencies:

• A first responder should be on the scene in four minutes or less.

If a fire fighter or EMS (Emergency Medical Services) can initiate CPR within four minutes, survival quadruples from 4.6 percent to 18.2 percent. If they are trained to provide defibrillation, survival rates are five times greater to 26 percent.

• The chance for survival decreases by seven to 10 percent for every minute lost in initiating CPR after four minutes has passed.

According to the Occupational Safety & Health Administration, there are 300,000 – 400,000 deaths per year in the United States from cardiac arrest, making it one of the leading causes of death in the nation. Most cardiac arrest deaths occur outside the hospital, resulting in survival rates ranging between 1 percent and 5 percent.

In spite of these statistics, cardiac arrest remains one of the most time-critical medical emergencies that can be treated in the field. And tragically, it’s not only citizens that are at risk. Cardiac arrest is the leading cause of death among fire fighters!

According to Chris Molitor, president, Fire Fighters Local 73, the majority of calls to 911 are for medical emergencies. Today, almost half of all fire fighters are also EMS qualified. For the past few years, any new fire fighter hires must first be EMS qualified.

Slower response times not only impact medical emergencies, but also increase the risk of more severe fires in homes resulting in greater property damages and loss.

In a report titled, “Save My Fire Station, Save My House,” two nationally recognized experts with the national Insurance Services Office (ISO), point out that today’s homes are far more fire susceptible than those built years ago, providing more fuel for a fire and allowing it to burn faster and hotter.

“The United States Fire Administration indicates that a condition known a “flash over” can occur within nine minutes, a time “during which contents of a room become fully engulfed in flames… (where) temperatures can climb to nearly 1,000 degrees Fahrenheit, untenable heat for humans.

Because of three major factors in St. Louis – the fire department (fire fighters staffing, training and location of fire houses), water supply and emergency fire communications – St. Louis currently has the highest ISO rating possible, Class 1. However, the proposed changes could impact that rating as they have done in many cities across America. The ISO rating is also used by insurance companies to set homeowners and business fire insurance rates.

“Save My Fire Station, Save My House,” concludes with several somber observations:

“Based on varying levels of financial stress on fire departments across the country, the effectiveness of local community fire protection may hang in the balance. We should all be aware of the unintended effects of the reduced capability of local responders deployed from individual fire stations.

“Changes to staffing, training, and adequacy and location of apparatus and equipment can affect the effectiveness of any fire department.

“Ultimately, the decisions made by local community leaders regarding individual fire stations can help save lives and protect property. Conversely, when capabilities are reduced below minimum criteria, such noble intentions are compromised, potentially leading to higher future losses.”

PLAN TO A BUDGET?

“Fire chiefs are often faced with policies created by municipal officials who are challenged to balance community service expectations with finite budgetary resources and who do so without a solid technical foundation for evaluating the impact of staffing and deployment decision on the safety of the public and firefighters.

“This is often a situation of planning fire department resources to budgets rather than budgeting to the proper plan. Those whirlwind cuts can leave a community without sufficient resources to respond to emergency calls safely and effectively,” the report says.

Then the report gets to the heart of the issue:

“You’re going to have longer response times and less quality of care, it’s going to be more dangerous to the public in general.

“While it might sound like a scare tactic, what it says only reinforces what the fire chief told city leaders when he warned them about the potential for big problems to emergency services if jobs were lost, saying, fewer personnel and EMS units responding increases EMS response time, which directly impacts survivability of individuals experiencing medical emergencies,” the Forum’s report stresses.

NFPA is a worldwide leader in fire, electrical, building, and life safety. The mission of the international nonprofit organization founded in 1896 is to reduce the worldwide burden of fire and other hazards on the quality of life by providing and advocating consensus codes and standards, research, training, and education.

ISO is an independent organization that serves insurance companies, fire departments, insurance regulators, and others by providing information about risk.

It happened in Atlanta

Atlanta, GA – A clear example of the negative impact of closing fire houses and cutting manpower can be found here.

Fire Chief Kelvin Cochran told the Labor Tribune that Atlanta in 2009 faced similar circumstances over budget issues. As a result, the city laid off 27 fire fighters, closed a major fire house and revamped the department’s manpower structure, and demoted a lot of the department’s top brass.

Within months, Atlanta’s ISO rating dropped from Class 2 to Class 4, and that almost immediately impacted insurance rates for everyone. “It’s almost like being taxed,” he said.

But the impact was far more serious than just insurance rates. “There’s no strategy for making up for the loss of fire fighters on duty…it’s a deficit you can’t overcome. Response times increased” and the department turned to rolling “brownouts,” that is temporarily closing different fire stations in different parts of the city on a revolving basis, the chief said.

With the help of all parties – city government, the fire fighters, labor and businesses –  “within weeks we made adjustments that moved us up to a Class 3, where we still are,” Cochran said. “With renewed support from our mayor, we hope to regain our former Class 2 rating by next March.”

But, Chief Cochran pointed out, “We had holes in our coverage that put lives and property at risk…fortunately we didn’t have anyone to lose their lives. When a city goes through a period like that you sit on the edge of your seat every day, fingers and toes crossed.”

How did they manage to begin a comeback?

He had a word of caution for everyone involved: when you make the changes you need to make and you survive the immediate crisis, “A mindset begins to exist…we can run like this all the time (with reduced manpower). That’s a dangerous mindset. Science and the data proves that you need adequate staffing to save live and reduce property losses.”