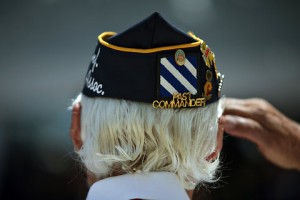 The Jefferson County Labor Club is asking local union members to contact lawmakers requesting that Arnold be considered for the location of a proposed new Missouri Veterans Home.

“We fully support it,” Velasco said. “We have a lot of vets that belong to organized labor in Jefferson County and want to help them out every chance we get.”

In his January State of the Union address, Gov. Jay Nixon proposed the construction of a new Veterans Home in Missouri to ease the waiting list. He said there are nearly 2,000 veterans on waiting lists to get into the state’s seven Veterans homes.

Nixon has recommended the new veterans home be part of a bond issuance for new construction with an estimated cost of $50 million, according to the governor’s website. A proposed site for the new home has not yet been determined, and the project will require legislative action.

In a phone interview, Evans said there more are than 200,000 residents in Jefferson County and between 40,000 and 45,000 are veterans. He said Jefferson County if the fifth largest county in Missouri, and Arnold is the largest city in the county.

Evans said a new facility in Arnold would be a strategic location because it would serve not only Jefferson County veterans, but those in surrounding areas including southern St. Louis, Franklin and Washington counties.