(EDITOR’S NOTE: Board Chairman Robin Harris is on the April 7election ballot in the Monarch Fire Protection District. He has consistently tried to destroy Fire Fighters Local 2665. This is yet another example of the outrageous actions he, and Director Jane Cunningham have taken to try to fracture the union’s solidarity and its efforts to serve families in the district. Voters will have a choice April 7 whether to retain Harris for a six-year term or vote for his opponent Kelley Miller.)

West St. Louis County – Robin Harris, president of the Monarch Fire Protection District Board of Directors, and Jane Cunningham, board secretary, have been sued for discrimination in a three-count complaint filed by a former employee of the district who is disabled. The lawsuit demands a jury trial.

• Denying association – One count of denying freedom of association, employment rights and protections granted under law by eliminating the position of Public Education Officer and refusing to hire Antonacci for positions for which he was qualified, including Fire Inspector; and

• Retaliation – One count of retaliation for reporting acts of discrimination, including violation of the Missouri Human Rights Act.

FORCED OUT AFTER ACCIDENT

Antonacci was a Monarch firefighter/paramedic for 10 years before suffering debilitating injuries in a motorcycle accident in 2009, resulting in a seven-week hospital stay and nearly a year of physical rehabilitation. He currently wears a leg brace and uses a cane 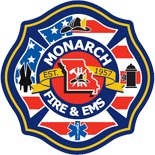 While on crutches, Antonacci earned a fire inspector’s certification. He was hired into a new position as Monarch’s Public Education Officer (PEO) in February 2013.

In September 2013, Monarch Board Members Robin Harris and Jane Cunningham voted to eliminate the district’s PEO position and notified Antonacci that, effective December 31, he would not have a job at the district.

The lawsuit notes that while Antonacci was PEO, Jane Cunningham stated at an open board meeting: “We should not have to take care of people that get in motorcycle accidents off duty.”

Far from being “taken care of,” as Cunningham’s statement would seem to imply, Antonacci provided a valuable service to the district after returning to active duty.

As PEO, he taught CPR to more than 100 different people and also developed fire emergency plans and safety programs for churches, schools, senior citizen centers, businesses and the Boy Scouts.

Before his accident, Antonacci was a member of the International Association of Fire Fighters, Local 2665, and held a leadership role as shop steward.

The lawsuit notes that Cunningham publicly compared Local 2665 to “the mafia” and a “corrupt cartel,” and stated: “We must kill this beast.”

The third member of Monarch’s three-member board, Steve Swyers, is not named in the lawsuit.