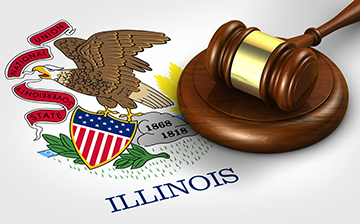 Springfield, IL – Labor leaders in Illinois are pushing the Legislature to finally approve a plan for safety training for workers at “high-hazard” industrial refineries plus chemical and ethanol plants.

Senate Bill 1407 was passed 38-17 on May 23 by the Illinois Senate in the spring session but got hung up in the House and never had a final vote.

“We need to talk to our state reps and senators and make sure they’re on board with us,” said Totsie Bailey, executive secretary-treasurer of the Southwestern Illinois Building & Construction Trades Council. “We need to support it, and we need to make sure our legislators know where we stand. We’re the ones that vote them in, you know.”

Refinery and steel mill owners were solidly opposed to the plan, along with their Republican supporters.

Senate Republicans provided all 17 “no” votes and just one “yes” vote, from Assistant Republican Leader Neil Anderson of Moline, a strong workers’ area. Not one Democrat voted against it. Sen. Christopher Belt, (D-Cahokia), signed on as a co-sponsor.

“At least convince the guys who do vote Republican not to vote that day, because when they vote against us, that’s two votes – they’re taking a vote away from our candidate and giving the Republicans one,” he told the Trades Council.

The Senate vote demonstrates that there isn’t much point in workers supporting Republicans, he added.

“These Republicans are not going to do anything for you,” he said. “These states that have Republican legislatures and governors, they’re all ‘right-to-work’ and they’re totally against Organized Labor, and that is us.

“They want to destroy you, and we can’t have that happen in Illinois,” he said. “These people are totally against you, and I can’t believe it’s all about guns and abortion.”

The Illinois AFL-CIO supported the legislation in a fact sheet, saying it will protect union jobs as well as workers’ lives.

“This will help many labor unions combat out-of-state workers coming in and taking work from our local workers,” the fact sheet said. “This will help prevent an environmental catastrophe.”

THE DETAILS
The bill makes these specifications:

The AFL-CIO listed 37 plants that could be among those subject to the law, including these five from the Metro-East and southern Illinois – Wood River Refinery, Roxana; Center Ethanol, Sauget; Green Plains Madison, Madison; Chemtrade Solutions, East St. Louis; and Occidental Chemical, Sauget.