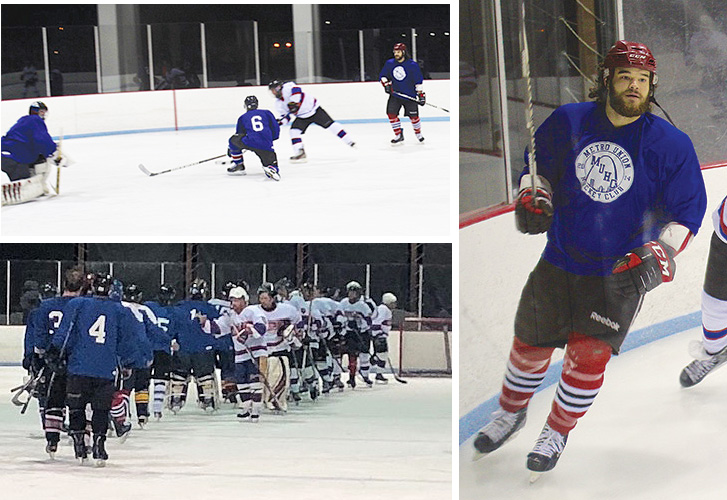 The Metro Union Hockey Club held another successful fundraising game on Friday, March 1 at the Granite City Park District Ice Rink at Wilson Park, with assistance from the United Way of Greater St. Louis. The club’s C Team battled the Metro East First Responders in some sharp, fast action that ended with the First Responders winning 10-5.

The Metro Union team worked hard to fend off an advance by the First Responders (top, left) as Metro Union Hockey player Brendan Evanoff (right) looked to make a move.

It was all in good fun (bottom, left), as the two teams congratulated each other on a hard-fought game.

About $800 was raised for the National Alliance on Mental Illness, a United Way-funded agency. A collection of canned goods was given to the Community Care Center in Granite City. – Labor Tribune photos