Home Labor News From Our Region Mitt, meet the 47% 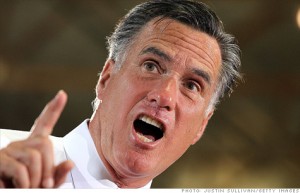 Just who was Mitt Romney referring to in his secretly recorded comments at a Boca Raton, Fla., fundraiser as people who don’t “take personal responsibility and care for themselves”? According to the census bureau:

• 61 percent of them work but don’t earn enough to owe income tax.

• 17 percent are students (who will pay plenty of taxes once they’re out of school), military families, people with disabilities and people who have lost their jobs—including victims of outsourcers like, well, Mitt Romney.

The fact that they’re not paid enough or are active duty military or are too old or disabled—maybe suffering from black lung or other diseases acquired on the job—does not mean they don’t contribute to America’s tax revenues. In fact, the poorest one-fifth of U.S. households pay a grinding 16 percent of their income in various federal, state and local taxes. That’s a higher percentage than the 15% Romney pays on his income tax, or at least for the two years he has disclosed.

In case you missed perhaps the most disgusting screed by a candidate for the presidency—ever—here it is:

“There are 47 percent of the people who will vote for the president no matter what. All right, there are 47 percent who are with him, who are dependent upon government, who believe that they are victims, who believe the government has a responsibility to care for them, who believe that they are entitled to health care, to food, to housing, to you-name-it. That that’s an entitlement. And the government should give it to them. And they will vote for this president no matter what….These are people who pay no income tax. My job is not to worry about those people. I’ll never convince them they should take personal responsibility and care for their lives.”

By the way, Mitt, it’s actually 46 percent, and people in southern red states—you know, where those “right to work” for less laws you like keep wages low and comprise much of your Republican base—are disproportionately likely to pay no income taxes.