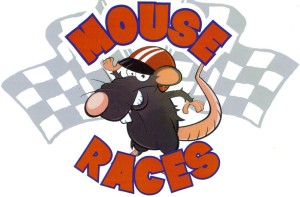 Special to the Labor Tribune

Maryland Heights, MO – On December 9, 2014, Jim Clawson, a member of Teamsters Local 682, collided with another truck on Route MM in Gray Summit. His truck overturned and Clawson was thrown into the embankment.

After three weeks in the hospital, including a week in the Intensive Care Unit, Clawson is in a rehabilitation hospital, learning how to maneuver his new vehicle – a wheelchair – and preparing to go home.

“It’s one heck of a transition,” said Clawson’s friend and fellow Teamster Darrel Best. “I think he’s going to get through it. He has a good attitude.”

While Clawson prepares to return to his newly wheelchair-accessible home in O’Fallon, Best and Jim Billings, both of Local 682, are working with Teamster Horsemen Chapter 13 to do what they can for Clawson and his family, including hosting a Mouse Races fundraising event Saturday, March 14, at Teamsters Local 600 Hall in Maryland Heights.

Local 682 President and Principal Officer Ed Kimbrell noted that the union has signed on as the event’s lead sponsor. 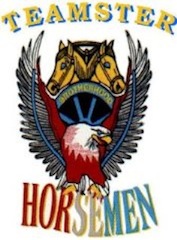 Clawson has been a Teamster and a truck driver for years, formerly serving as sergeant-at-arms for Local 682.

Best said Clawson has always been a dedicated member and a good friend, “He’d do anything for anyone,” he said.

Teamster Horsemen Chapter 13 is a philanthropic group, raising thousands dollars for charities like the Children’s Hospital and the Wounded Warrior Project over the past three years.

This is the first time Chapter 13 has been called on to raise money for an injured member. “Being a Teamster organization, we try to support our Brother Teamsters, our Brother members,” member and event organizer Jim Billings explained.

Best agreed, adding, “We try to help out anybody we can.”

Best said the Clawson family has been working alongside the Horsemen on the fundraiser to spread the word.

“His wife, Donna, is very involved and the people she works with are getting involved. His daughters are selling tickets, too,” Best said

FUN FOR A GOOD CAUSE

Although their cause is serious, the Horsemen want to make it a fun night – hence, the mouse races.

“It’s like doing a trivia night, but you don’t have to know anything,” Billings joked. “It’s a good atmosphere.”

In addition to racing rodents, the evening will include a silent auction, 50/50 raffle and drawing for a weekend at the Lake of the Ozarks. The goal is to raise at least $5,000 to benefit Clawson and his family.

Billings hopes the mouse race fundraiser will be a new tradition, doubling the impact of the Chapter 13’s annual poker run fundraiser.

‘COULD HAPPEN TO ANY OF US’

Crashes, like the one that injured Clawson, are something Local 682 works hard to prevent.

“Safety is a top priority for 682,” Kimbrell said. “It is very near and dear to our hearts that our members come home safe each night.”

Best agreed, adding, “Jim was a really good driver. It could happen to any of us.”

The mouse racing will start at 6 p.m.