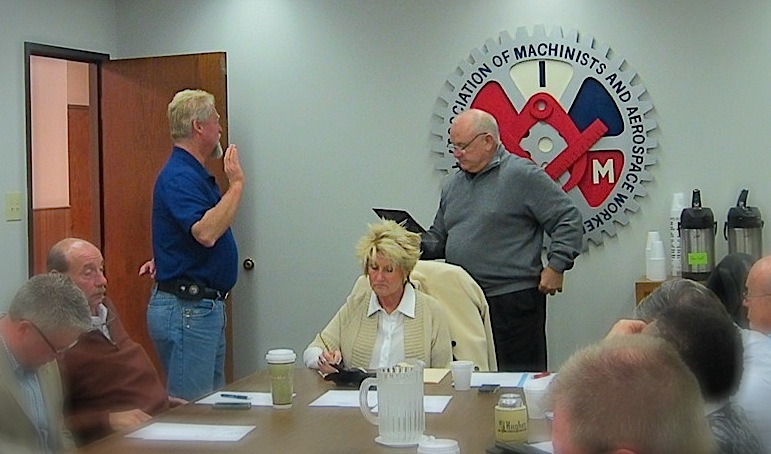 STEVE McDERMAN, the newly elected president/directing business representative of Machinists District 837 at Boeing was sworn in as a new vice president of the Greater St. Louis Labor Council in one of the last official functions of retiring President Bob Soutier at the Council’s December meeting. McDerman, a 41-year Machinist member, assumed the union’s top office effective Dec. 31, 2014, the same day of Soutier’s retirement. McDerman has served as a shop steward for 16 years and the union’s plant chairman for almost three years before being elected a business representative, followed by his selection in 2008 as the union’s assistant directing business representative and now it’s chief executive officer. In foreground recording minutes is Karen Lyons, assistant to the Labor Council president.