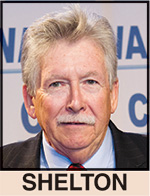 One of the earliest lessons we are taught in life is to never make a promise that we can’t keep.

A promise is a moral contract that binds us to our word. Before the 2017 Tax Cuts and Jobs Act was passed, CEOs of some of America’s largest companies made promises that they would use their tax savings to invest in their workforce establishing a moral contract with the American people.

It was based on those promises that President Trump stated:

WORKERS GOT THE SHORT END OF STICK
Two years later, it’s become abundantly clear that working American families got the short end of the stick. The promises that were made have not been kept, and many feel the fabric of trust between American workers and American companies, already weak, has deteriorated even further.

Instead of investing in U.S. job growth, much of the windfall from the corporate tax bill went to enriching wealthy corporate executives and company shareholders while leaving American workers without the investment in jobs they were promised.

Iconic American companies like AT&T, Wells Fargo, American Airlines, and General Motors are among those that have most egregiously reneged on the promises they made to the American public while lobbying for the tax bill.

AT&T’s CEO Randall Stephenson aggressively backed the bill, promising it would lead to the creation of at least 7,000 new jobs at his company.

Since the tax bill was passed, however, AT&T has cut over 12,000 jobs, even as AT&T’s annual report suggests its worldwide cash income taxes in 2018 were less than zero. Meanwhile, the company distributed $14 billion to shareholders through dividends and stock buybacks (a $1.5 billion dollar increase from 2017).

And while leaders in Congress claimed the bill would end incentives for offshoring American jobs, AT&T closed seven U.S. call centers in the past four months and continues to expand offshore centers.

• Wells Fargo is predicted to benefit more from the tax cuts than any other bank and has reported annual profits of over $6 billion. Instead of increasing employment, however, Wells Fargo announced it would reduce its workforce by up to 10 percent.

• American Airlines has tapped its benefits from the tax bill to execute billions in stock buybacks. At the same time, workers at its regional subsidiary Envoy Air are paid poverty-level wages that leave workers reliant on public assistance and even donating blood just to get by.

• GM, despite receiving a 40 percent reduction in its U.S. corporate tax rate, has plowed ahead with plant closures and layoffs. Plans to close plants in Michigan, Ohio and Maryland have been announced, and some 8,000 white-collar workers are expected to be laid off. The tax cuts have not encouraged GM to repatriate manufacturing jobs, but rather the opposite – by 2020, nearly a third of all GM’s North American vehicles are expected to be produced in Mexico.

HOLD EXECUTIVES & SHAREHOLDERS ACCOUNTABLE
A few weeks ago, Congress took a first step toward ensuring greater accountability for promises made by corporate America. Economists, legal experts and Labor leaders like myself spoke and answered questions in front of the House Ways and Means Committee.

It is encouraging that Congress wants to hear about the reality on the ground for American workers.
However, it’s the corporate executives of companies that have overwhelmingly used benefits from the bill to enrich themselves and wealthy shareholders who should be called before Congress and made to answer for their decisions.

For too long, tax reform has been structured to benefit the wealthy and Wall Street rather than American workers and Main Street.
We need:

But first, to begin earning back the trust of American workers, Congress needs to start holding corporate America accountable for the promises that they made. It can start by calling executives at companies like AT&T, Wells Fargo, and GM to testify.

(Reprint from The Hill.)