The department tasked with protecting Labor is breaking Labor law 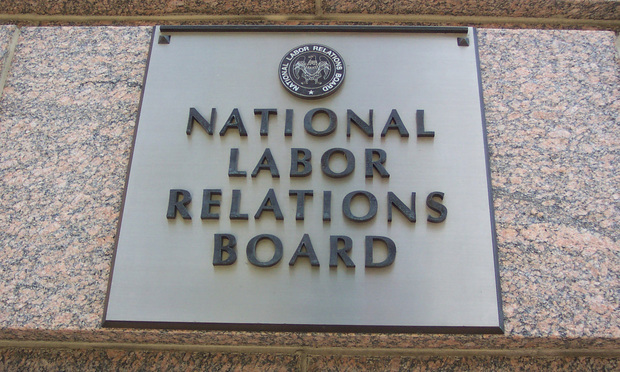 “This is an agency dedicated to promoting collective bargaining and protecting workers’ right to organize, so it is especially shameful to see our leadership engage in such blatant conduct,” Karen Cook, president of the NLRB Professional Association, said in a statement.

TARGETING, HOT HELPING, UNIONS
The conduct is in line with escalating action by the board’s GOP majority that is targeting private sector workers nationwide.

Decisions and new rules allow employers to eject union organizers from public spaces, more easily withdraw union recognition, discriminate against union members in the workplace, thwart protests and undermine the rights of employees at subcontractors and franchises, among other rollbacks.

LATEST CHALLENGE
The latest challenge for workers inside the NLRB, at headquarters and in satellite offices nationwide, are two Trump administration executive orders designed to break federal unions and make it easier to fire employees.

Union leaders charge that management has exceeded the already-hostile scope of the orders, which, among other things, allow agencies to curtail the paid time and access to physical space at worksites that make effective representation possible.

“They’re doing it because they think they can get away with it. There’s no recourse,” Michael Bilik, legislative co-chair of the NLRB union, told Politico.

ABUSE OF POWER
“Going beyond the executive orders is an abuse of power that undermines the civil service,” Bilik said.

NLRB staffers also take issue with the agency’s failure to spend its full budget the past two fiscal years, suggesting it is another sign of animus toward both federal employees and aggrieved private sector workers who seek justice through the board.

Lonnie R. Stephenson, president of the International Brotherhood of Electrical Workers (IBEW), says it’s all part of a disturbing pattern at the NLRB.

“There appears to be no end to the ways that the board majority and general counsel are pushing their anti-worker agenda and harming the rights and economic security of millions of working Americans and their families – now including their own staff,” he said.

“The only way to change course is by changing the politicians who appoint and confirm NLRB members. It’s more urgent than ever that we do that at the ballot box next November.”