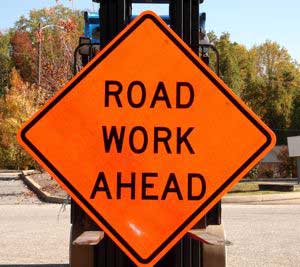 St. Louis – A one-cent sales tax for highways and other transportation projects won approval from the House Transportation Committee, but the job-creating infrastructure measure could be stuck in the House, the Senate co-sponsor of the measure, Sen. Ryan McKenna (D-Crystal City), told building trades union members here April 18.

“Lobby your legislators. Lobby the Democrat caucus in the House. We can get this done,” McKenna, a member of Laborers Local 110, told about 750 union members at an infrastructure rally sponsored by the American Petroleum Institute and hosted by the St. Louis Building and Construction Trades Council at the Hilton at the Ballpark.

The measure, Senate Joint Resolution 16 (SJR16) would generate about $8 billion for transportation projects over a decade, McKenna said, and generate about 270,000 jobs.

“Anytime we get a chance to put our members back to work, it’s a win,” Aboussie said, noting that the highway transportation projects would all fall under prevailing wage.

“It just doesn’t seem like the federal government is ever going to pass a transportation bill,” Aboussie said. “We’ve got to start taking matters into our own hands and charting our own course.”

The measure would ask state voters to raise the state sales tax to 5.225 percent from 4.225 percent for state and local transportation projects. It cleared the Senate in March.

If approved in the House, the measure would go before Missouri voters in November 2014, and would go back on a statewide ballot after 10 years.

ROAD BLOCK IN THE HOUSE

House Speaker Tim Jones (R-Eureka) said last week, he is unlikely to bring the tax increase up on the House floor unless it gains support from at least 82 of the 110 members of the House Republican Caucus.

Jones apparently doesn’t want to rely on Democratic legislators to get to the 82 votes needed in the 163-member chamber to pass the bill.

McKenna said the measure should surpass politics and urged union members to contact their representatives to show their support for the proposal.

Missouri has the sixth highest number of bridges in the country, and maintains 33,000 road miles, more than any of its eight surrounding states.

Missouri also has the one of the lowest motor fuel taxes to fund transportation improvements, only Oklahoma is lower.

In addition to raising much needed revenue for transportation improvements, McKenna said, passage of the sales tax measure would create much needed jobs in an industry hard hit by the economic downturn.

“The unemployment in the construction trades is ridiculous,” McKenna said. “We have an opportunity with a bill like this to get our people back to work.”

But first, the measure must pass in the House.

You can find your representative and his or her contact information by visiting www.house.mo.gov.